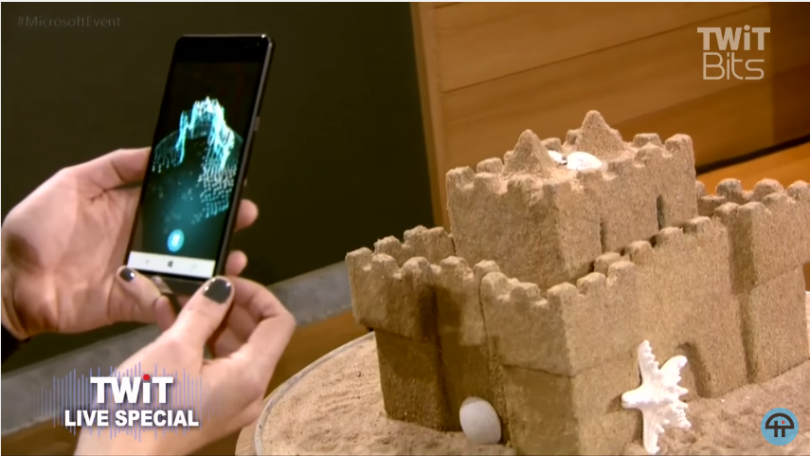 Microsoft has never ceased to amaze and amuse the general public ever since they have been around. They have created major inventions and continue to be ahead of the curve these days regarding the various number of resources they have.

Since technology constantly advances, the move beyond two dimensions in digital imaging has become inevitable. 3D technology has been rising for many years now and it is constantly improving.

It was recently announced by Microsoft that they have invented a new way to capture 3D photos. Although this sounds like something which has been done before, they had an entire demo to show everyone just how far they took the concept out.

Many people reviewed it and were amazed by the results.

Business Insider recently reviewed the Demo being done and mentioned the main details regarding the 3D capturing. Basically speaking, it is done through a phone. The technology requires the person to start taking pictures, and then move around the object while the phone is pointed at it.

At the moment, this causes the phone to start creating motion points and track the movements and rotation of the object. It then proceeds to generate a 3D portrait of the object once all the points are connected.

Basically, the main difference between this invention and the previous one was the way the 3D capture was done. There used to be a large podium surrounded with linked cameras and objects had to be place inside the expensive podum in order for their 3D picture to be taken.

The camera sensor on the Kinect could also take 3D photo but it was limited to a wire and an expensive Xbox console.

This new invention, according to Pocket Lint is an App Based invention and so it is compatible with any device with a camera. This means one can have a cheap and inexpensive 3D camera in their pockets using their phones.

This is an amazing shift forward in the 3D game. Most of all this is highly beneficial for designers since now they can create 3D portraits of anything they want instantly and edit them later on to fulfill their needs.