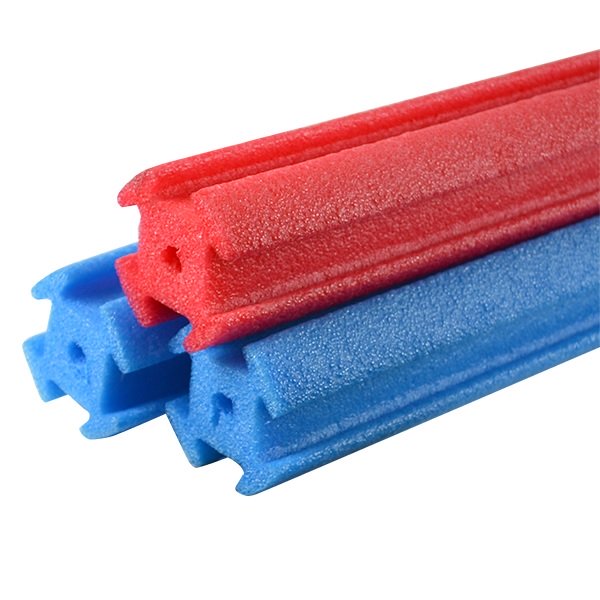 What started as a love of swimming with pool noodles ended up as a patented pool toy for a seven-year-old Greenville, South Carolina, boy. And his patent application to the United States Patent and Trademark Office (USPTO) all started from an idea to enhance his pool fun with his dog.

You could say Davis Bartow loves swimming pools. He has since a very young age, using all the spare time he had playing in his pool at home, and now at the pool in his school, too. In fact, he had so much fun in the pool that he wanted his dog to join him, too.

At the young age of three, he got the idea to make a raft out of the pool noodles he used. This way, his dog could float on it. The only problem was, the noodles wouldn’t stay together. As soon as Davis had them together, they would break apart.

Frustrated, the toddler asked his father why they don’t make noodles that fit together. His father did some research and found that no one made noodles that attach to each other. And that’s when the idea for interlocking noodles was born.

With help from his mom and dad, the brainstorming and sketching began. The youngster’s father, who just happens to create items for the automobile industry, made a prototype by cutting slots into a regular noodle. After a couple of tries to get the thickness of the slots just right, Davis was able to fit the noodles together, and they stayed together during pool play.

Next, the invention needed a name, and Davis came up with Link’ems, since that’s what you do with the product.

Davis and his dad then went to the USPTO’s Patent and Trademark Resource Center (PTRC) in Clemson, South Carolina, to see if anyone had already patented an interlocking noodle. Nothing turned up in a patent search, so the PTRC assisted the youngster with a patent application. After signing some papers, Davis was granted a provisional patent that protects his invention.

PTRCs are located in most U.S. states, either in a state library, a city or county public library, a college or university library, or a special library. The resource centers are staffed by information experts dedicated to making the process of patenting an invention less challenging.

Trained on the use of search tools to access patent information, the PTRC staff assists inventors in conducting a patent search, finding the information they need to protect their intellectual property, completing an application for a patent, and explaining the application filing process and fee schedule.

The resource centers also house a directory of local patent attorneys who are licensed to practice before the USPTO.

After obtaining a patent for his Link’ems invention, Davis and his parents looked for ways to manufacture and distribute the pool toy so other kids can have fun playing with it, too.

Currently, Link’ems is sold throughout the United States and Canada in Walmart, Walgreens, Dick’s Sporting Goods and BI-LO stores.

Inspired by the process, Davis decided to apply to become a member of the tech club at his school, the Bob Jones Academy. Attached to his application for the club was his patent.

While Davis isn’t the only youngster to patent an idea, he, like other child inventors, serve as role models for other kids. As Davis says, if you have an idea, just go for it and try it out. You never know what can happen. For Davis, his wish for pool noodles that fit together became a money-making reality!