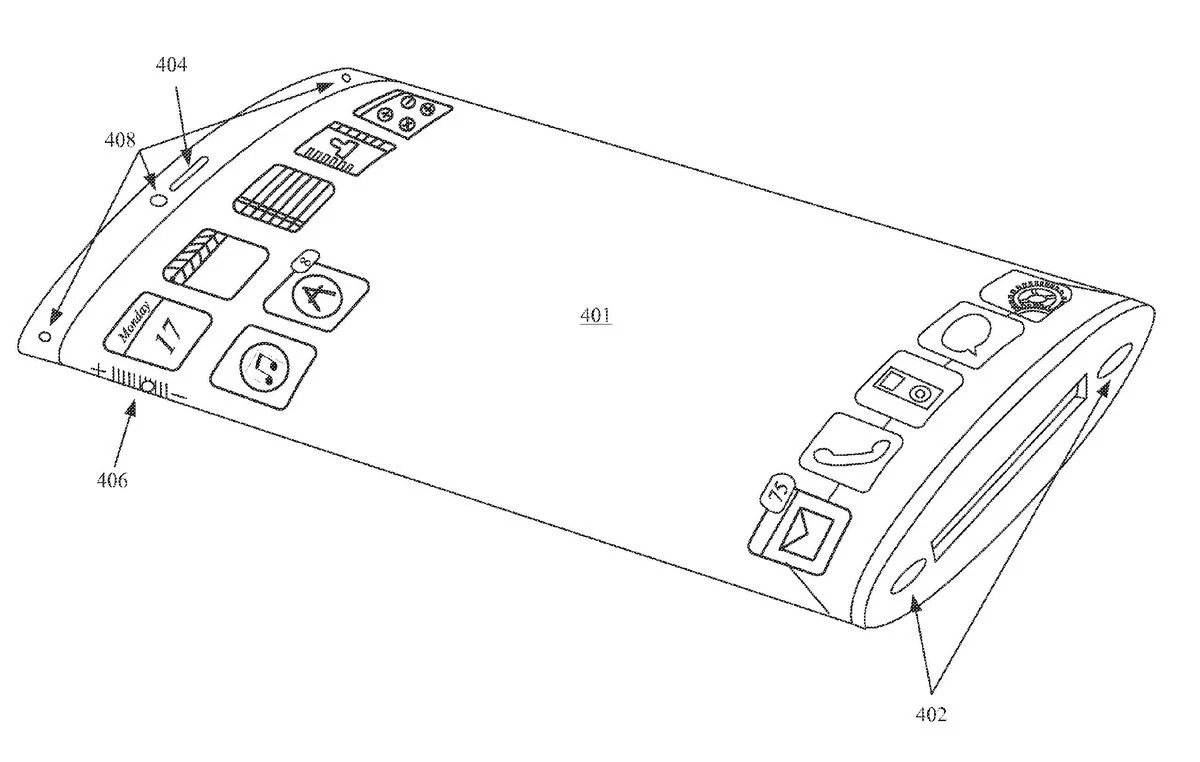 Apple was granted a patent Tuesday for a device with a curved, wraparound glass display, and it looks a lot like an iPhone.

In the patent, Apple describes how most electronic devices don’t utilize the surfaces on their sides and backs, aside from buttons with fixed functionalities. Because they are fixed, the buttons can’t be utilized by third party apps, so Apple patented a display that extends beyond the front surface.

The primary design Apple shows has a sharp but smooth curve from the front of the display to the back, and clearly shows iOS apps on its front.

Apple’s patent also showed other examples of what the device could look like, including a design that is much more circular. One thing all the designs have in common is that their tops and bottoms are flat and do not act as displays.

The patent says the device would be able to sense touch interfacing all around it. Imagine changing your phone’s volume by tapping the side screen instead of pressing a button — something that may seem cool on the surface. But it could force you to avoid touching the side of your phone or risk accidentally changing the volume.

Samsung has already dabbled in curved screens. The Galaxy Note Edge and many of the following Samsung phones have screens that slope down at the edges, although those curves haven’t been utilized like the curves Apple describes in its patent, and those phones still have buttons on the sides.

Because the patents were only just granted in June, don’t expect the new iPhone 7 to look like this when it’s inevitably unveiled in September. Like many patents, this one might never come to fruition.

That doesn’t mean it isn’t an interesting design that could turn into something different with a few tweaks.

Have something to add to this story? Share it in the comments.