Apple May be Developing Fancy Styluses

Apple May be Developing Fancy Styluses 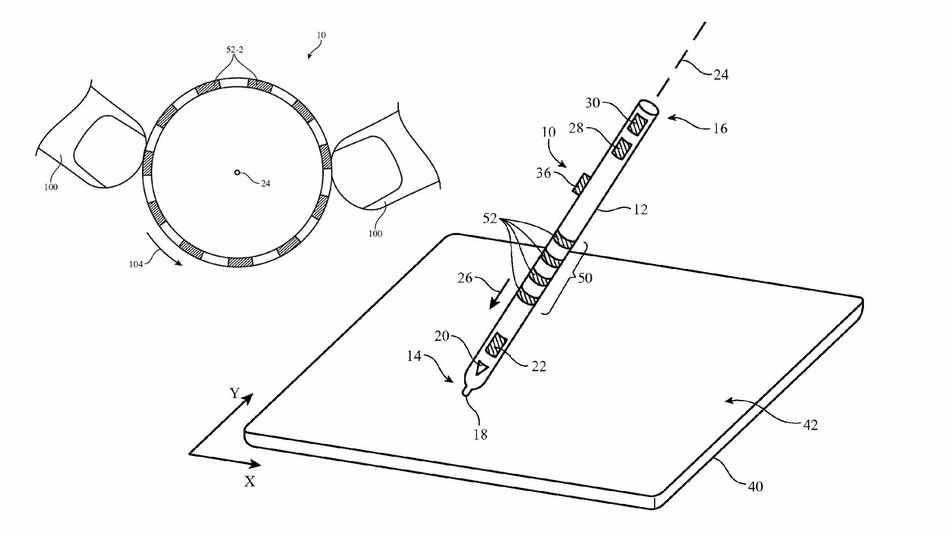 When Apple unveiled its own version of the stylus in 2015, the Apple Pencil, it wasn’t the most exciting development to come from the company. After all, we’ve all seen styluses before.

Now it looks like Apple could be experimenting with giving the tried-and-true styles a technological upgrade, according to Apple Insider. An Apple patent published Thursday details a stylus with a touch-sensitive body, meaning it can detect your fingers’ positions, rotation and how much force is being used.

With these capabilities, Apple said the device’s use could change depending on how a user holds the stylus or if they perform a gesture, like moving a finger up the length of it.

The patent specifically describes some uses, including sliding a finger along the stylus to scroll within a window, turning the stylus with your fingers on a sensor to rotate the screen or object you’re working on, or touching different sensors to change the drawing mode.

The stylus would send this information to whatever device you’re using via an antenna, which presumably means Bluetooth.

Just because all of this information is included in the patent doesn’t necessarily mean they will happen. The fact that the patent was published after the Apple Pencil’s introduction last year could mean that Apple is locking down developments they may implement in the future.

It also means the Apple Pencil may be here to stay, and that it could be integrated in more devices — with features that would certainly be beneficial to current stylus users.