Apple may have Plans for Pencil Stylus

Apple may have Plans for Pencil Stylus 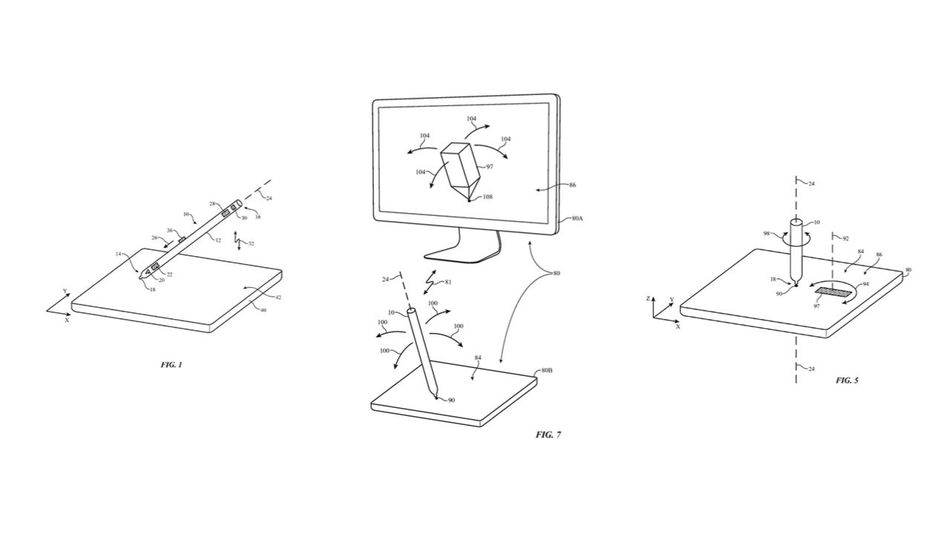 Times have most definitely changed.

Steve Jobs famously said: “If you see a stylus, they blew it.”

With the release of the iPad Pro and Apple Pencil last year, Apple walked back on its stance on the stylus. A new patent filed in 2014, but only made public recently , suggests Apple may have bigger plans for the Apple Pencil that will make it work with Macs.

According to patent 9,400,570 published by the USPTO, Apple has been granted a patent for a stylus with “force sensors” located on both ends of the device, along with an “inertial sensor,” which could allow it to switch between several different modes.

Modes described in the patent include applications to interface with Mac trackpads (like how a Wacom tablet does) and use as a joystick for gaming or music creation. For the latter, Apple cites examples of using the stylus as “sword, wand, or a hammer” in a game or as a “drum stick, xylophone mallet, a gong beater, a conductor’s baton, or other musical instruments.”

Apple’s Magic Trackpad and its trackpads built into its MacBooks already have limited input capabilities beyond controlling a cursor and multitouch gestures.

Users can use Apple’s trackpads to handwrite electronic signatures and non-Roman characters such as Chinese kanji.

Apple has also expanded the usefulness of its trackpads in recent years with Force Touch, a pressure-sensitive multitouch technology that recognizes how hard its pressed.

Another patent published in June revealed Apple was toying with the idea of a stylus that can detect a user’s finger positions, rotation and force applied.

Apple, like many companies, files and receives patents for many concepts that it’s exploring and may wish to protect. As always, it’s important to take the patent with a grain of salt. Filed and granted patents are merely ideas and potential proof-of-concepts that may or may not ever be included in any future ideas.