A New Apple Patent Could Bring a Waterproof iPhone

A New Apple Patent Could Bring a Waterproof iPhone 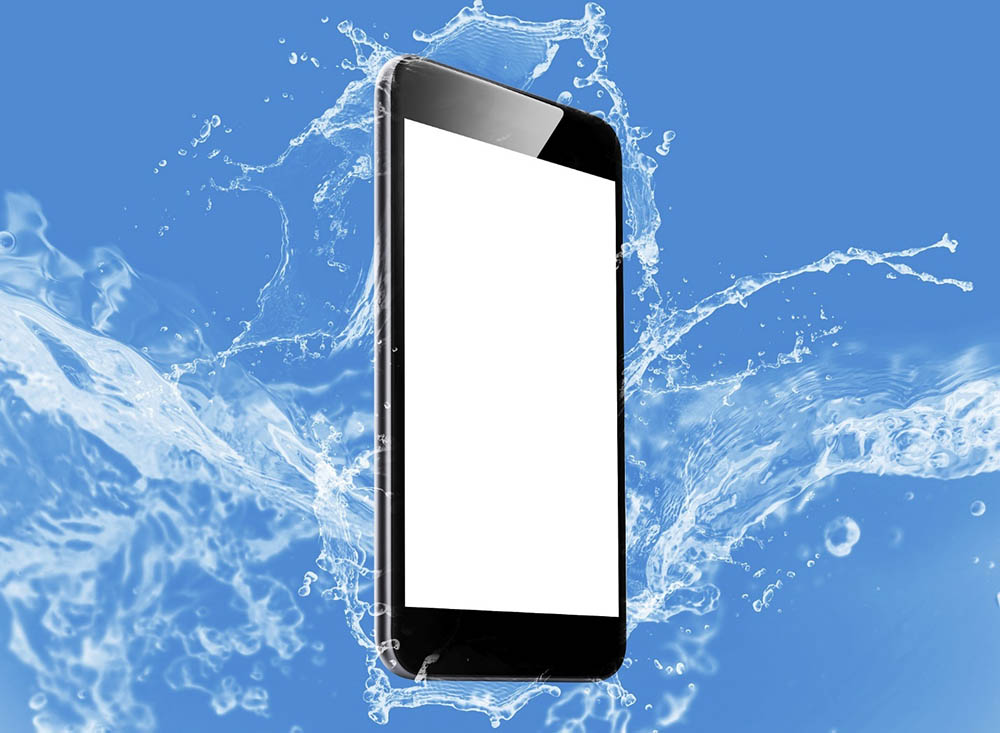 The Apple iPhone 6 has only been out for a few months, but already there is talk that the next iPhone will be completely waterproof. Perhaps the speculation stems from the patent Apple was granted on November 12, 2015, that expels liquid from an electronic device with an acoustic module.

While some mobile devices may be water resistant in that they can resist the penetration of water to some degree, they are not waterproof, or capable of completely preventing water from entering them.

Apple appears to be at the forefront of making completely waterproof devices. According to its liquid expulsion from an orifice patent filed with the United States Patent and Trademark Office (USPTO), electrodes and acoustics would be used to dry out water from the interior surface of the cavity.

While rubber seals are applied during the manufacturing process to waterproof most internal components of a mobile phone, inventors have had a tough time coming up with a waterproofing solution for speakers and other orifices.

Currently, Apple protects the openings on its iPhones with a fine mesh screen. However, water can still get in if the phone is dropped in water.

A viable solution may have been discovered by Apple inventors Stephen P. Zadesky, Fletcher R. Rothkopf, and Ashley E. Fletcher. They developed a waterproof portable device that would expel water by applying hydrophobic properties to conductive elements.

In the patent application filed in May 2014, the inventors explain the method for detecting and removing water from the interior of a device using electricity and sound.

To date, most waterproofing methods have been passive, using components to protect against water damage. Apple is the first to experiment with active waterproofing where the liquid is detected and immediately moved out of the chamber.

Mobile devices that protect against water damage would be a huge cost relief to consumers. Many smartphones have been ruined from being dropped in the toilet, or forgotten in a pocket when taking a swim.

However, Apple has not given any indication whether it plans to utilize the liquid expulsion invention in its next generation of iPhones or its other devices. The iPhone 7 is expected to debut in late 2016.

Another patent the company applied for in April features a water sealing design that would stop both liquids and dust from entering a device.

From these two patents, it is clear that Apple is making some movement toward waterproofing its devices, perhaps marketing it as a top selling feature.

Whichever invention Apple chooses to apply to its next generation of phones, it looks like replacing iPhones with water damage may be over very soon.