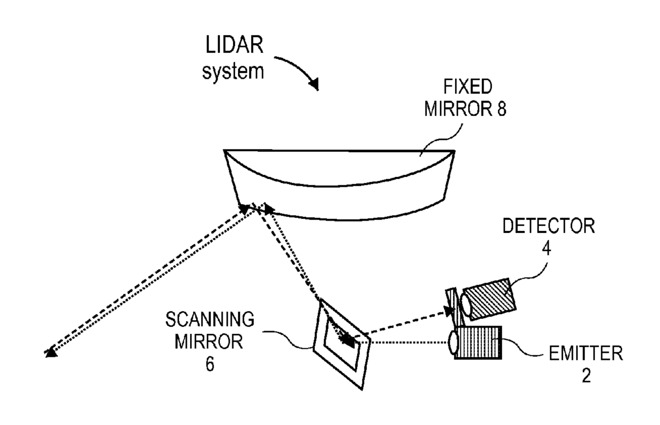 Apple took a completely different route than its arch-rival, Google, concerning its autonomous car development program. In fact, the fruity-logoed company hasn’t even openly admitted it’s working on such a project. It hasn’t denied it either, which is just as good as acknowledging the fact, but there’s still a lot of secrecy surrounding its development.

This secrecy has led to almost humorous reports of people speculating on the noises that came out of an Apple-owned facility, but all joke aside, having the creators of the iPhone working on a full-scale vehicle is obviously going to make a lot of people curious. And that’s a euphemism.

Little is known about the Apple Car (also called Project Titan) so far, with some reports even conflicting with others. One aspect that hasn’t been settled yet is whether the Apple car will be a self-driving vehicle or not. Some say the first model won’t have autonomous technology, but that doesn’t mean Apple isn’t working on it already.

One of the latest patents obtained by the company could support that idea, even though the technology it refers to can be used for other purposes as well. The aptly named “3D depth point cloud from timing flight of 2D scanned light beam pulses” (yeah, I copy/pasted that – life’s too short) is basically a new type of LiDAR sensor developed by Apple. Those who didn’t play basketball during the optical physics classes should know that it uses a fixed mirror, a scanning mirror, a photodetector and a laser emitter. I’m just kidding, nobody learned about this stuff in high school.

If produced, the new product will be used to further develop the Apple Map app, which requires extensive outdoor scanning, but as we’ve implied earlier, it could also end up on a hypothetical autonomous Apple Car. Apple credits Scott T. Smith, Matthew E. Last, and Edward A. Valko with the invention of U.S. Patent No. 9,285,477.