BMW’s Concept Chariot of the Future

BMW’s Concept Chariot of the Future 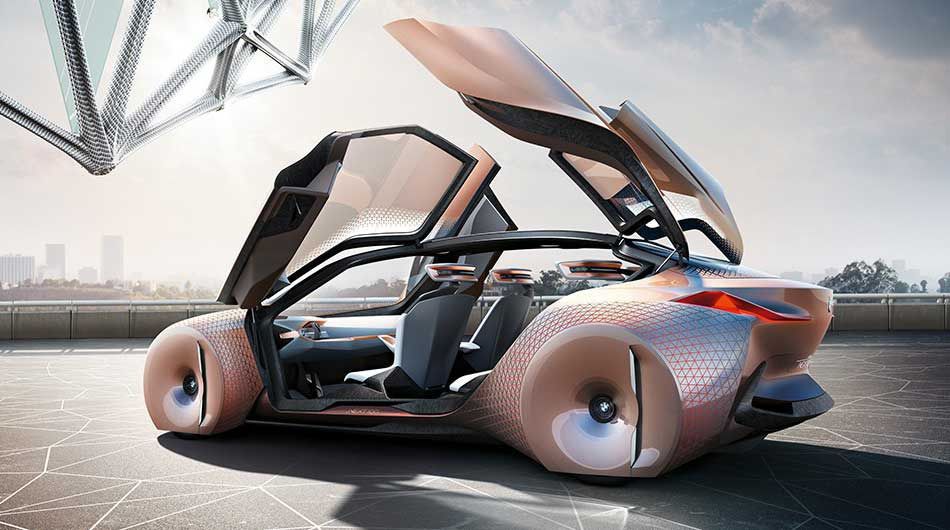 In celebration of its 100th anniversary, BMW has unveiled a stunning concept car called the Vision Vehicle that looks as futuristic as its name suggests.

Unlike some concept vehicles of the past, the Vision Vehicle doesn’t look that unrealistic compared to cars on the road today. In this case, the concept car’s wonders are a bit more subtle.

For example, the car features what BMW calls “materials of the future,” which gives the car a kind of shape shifting look by allowing its wheels to seamlessly move as part of the main chassis. Inside, the steering wheel is refashioned as a thin rectangle with handles that retracts into the dashboard when the car takes over the driving.

The demonstration video also shows off the vehicle’s “Boost” and “Ease” modes, which shift the car into self-driving and human driver assist modes, respectively.

Another feature called Alive Geometry alerts the driver of upcoming potential road hazards, both static and moving (like a cyclist crossing your path), by layering an augmented reality display on the windshield. Alerts are created through — and we’re quoting BMW here, since this sounds like science fiction — “preconscious communication, where an intuitive signal predicts an imminent real-time event.”

Although there are no plans (at the moment) to sell the car, BMW has created an incredibly detailed site devoted to the vehicle featuring a number of interactive displays and breakdowns of how it works.

The vehicle will tour the world as a public display, visiting China in May, London in June and the U.S. in October.