Can you guess what the latest invention from Dyson is?

Can you guess what the latest invention from Dyson is? 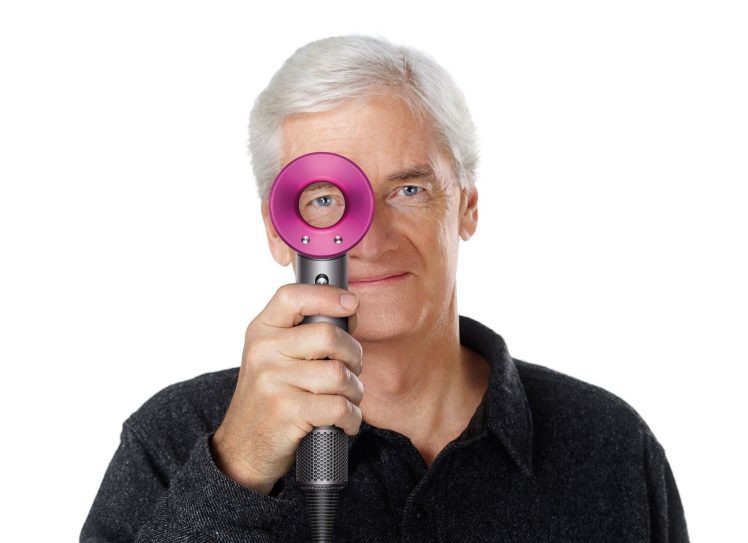 Dyson, the one-time vacuum company that continues to expand its range of electronics, is looking to take on bad hair days across the globe.

Sir James Dyson has been making use of the air around us for more than three decades, and on Wednesday, the company that bears his name launched the Supersonic hair dryer. It’s an invention, he says, that’s designed to revolutionize your routine.

It’s been 30 years since Dyson first introduced the bag-less vacuum and built an empire out of air, reports CBS News correspondent Anthony Mason. There are bladeless fans, hand dryers, heaters, humidifiers and purifiers.

Now, Dyson hopes his latest inventionwill blow you away.

“The first thing you notice is very light and very slim and very nicely balanced,” Dyson said. “The second thing you’ll notice when you when you switch it on, and I’ve just switched it on, is that it’s very quiet, so I can carry on talking to you while I’m doing my hair.”

He spoke with CBS News from Tokyo, where Dyson launched his new hair dryer amid great fanfare Wednesday.

“Why are you in Tokyo?” Mason asked.

“The Japanese love new technology — and this was the country that I first launched my vacuum cleaner,” Dyson said.

“So it’s a sentimental favorite for you in a way?” Mason asked.

The dryer, which Dyson says is lighter, faster and more efficient, took over four years and more than $200 million to develop. Developing a new motor was key, he said.

“You see that’s our conventional motor, which is big and heavy, and it gives flow but not pressure,” he said. “We’ve developed a motor that size, tiny motor, which is of course much smaller, much lighter and very much faster, and gives very high pressure.”

Like many Dyson ideas, all that technology comes at a higher cost to consumers. The Dyson Supersonic is expected to retail for about $400.

“You think people are going to pay that price for a revolutionary hair dryer?” Mason asked.

For all its innovation, Dyson is not without its skeptics.

“It was a ridiculous study,” Dyson said, when asked to respond. “Exactly like the paper bag manufacturers tried to do when we introduced a vacuum cleaner that didn’t require paper bags. We had the same kind of issues, but they quite quickly went away as we gained market share.”

Dyson is confident his hand dryers will remain a fixture in bathrooms worldwide and looks forward to the Dyson hair dryer becoming another addition to your routine.

“Was it more challenging than you thought it would be?” Mason asked.

“It always is. But we enjoy a challenge, so we don’t mind that and going through those 100 if not thousands of miles of hair of testing it is just all fun,” Dyson said. “It’s absorbing. It was great fun!”

The Dyson Supersonic hair dryer is expected to make it to America this September.