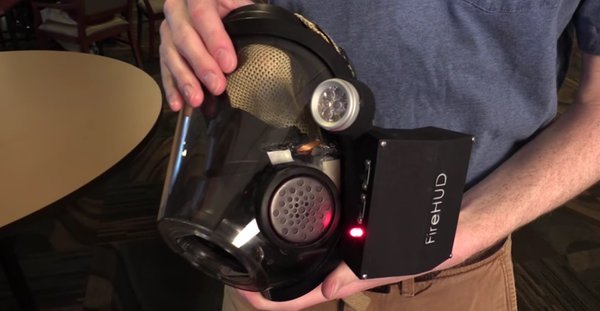 Braun and Sisk took first place in the Georgia Tech Inventure Prize in March. Winners from the invention competitions at ACC schools then went on to compete in the ACC event.

The FireHUD is a unit that a firefighter can wear on his breathing mask. It tracks vital signs, as well as internal and external temperature, with a head’s up display. The information is also transmitted to fire department incident command.

Braun and Sisk invented the FireHUD after a discussion with a family friend of Braun’s who is a firefighter.

“We really want to thank everyone that voted for us, our family and fans,” said Braun. “We couldn’t have won the people’s choice without them.”

Braun and Sisk are currently working on making improvements to the FireHUD and writing their patent application.

Second place went to Team Contraline from the University of Virginia. Contraline is a long-lasting, non-hormonal and reversible contraceptive for men. It’s a gel that blocks sperm, and can be inserted, imaged and reversed non-surgically using an ultrasound.