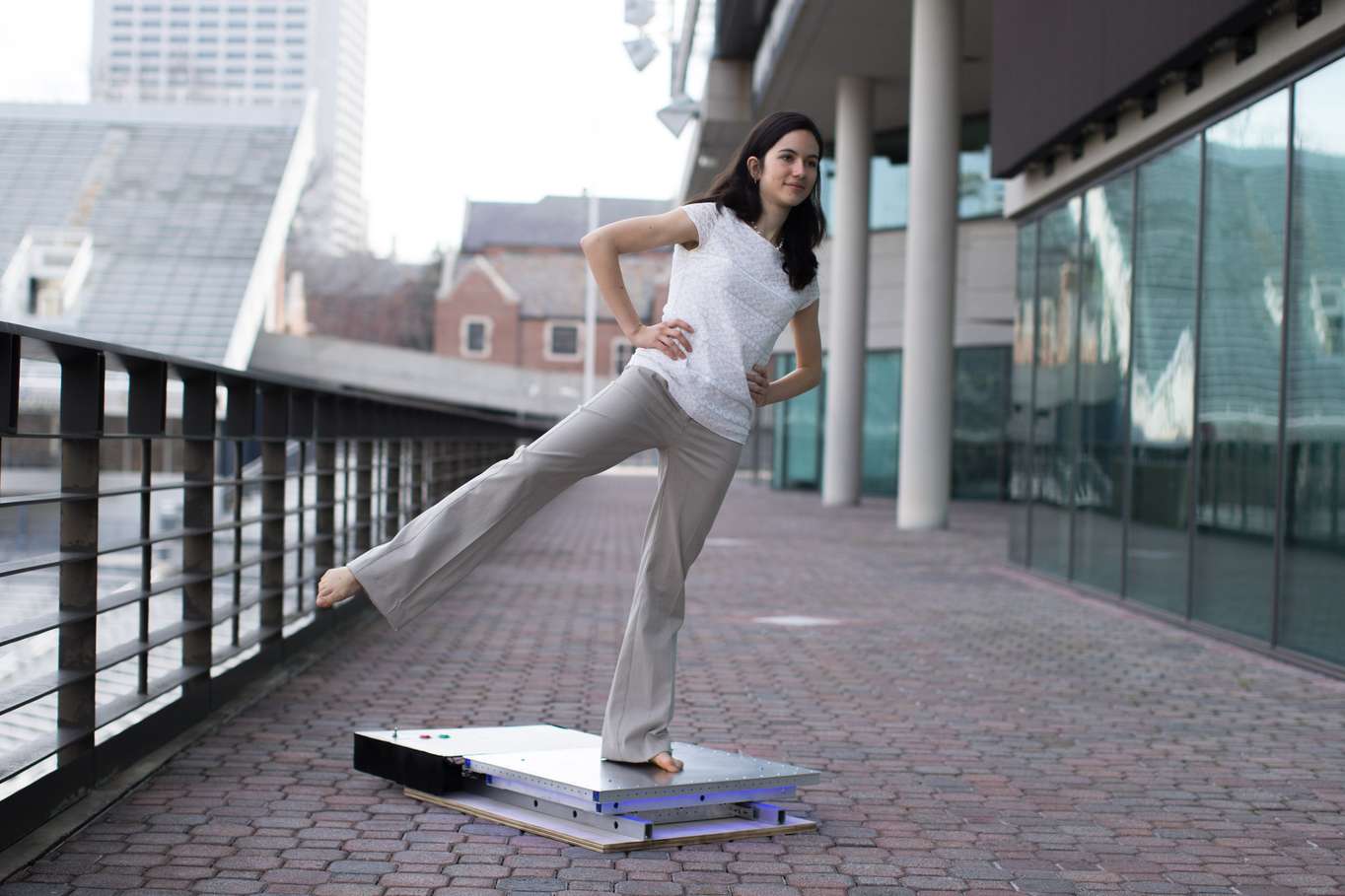 This fall, sports teams could have a new tool in their locker rooms to help gauge when athletes who have suffered concussions are ready to return to play. The device, developed by Georgia Tech students, is called The Wobble, and measures a person’s reactive balance.

The team hopes to get a patent for The Wobble, but first must beat out their schoolmates also participating in Georgia Tech’s InVenture Prize competition.

The innovation competition, described as Tech’s Shark Tank, is in its eighth year highlighting some of the top student talent at the school. Hundreds of undergraduate and recent graduate students begin the competition that is eventually whittled to six teams with inventions that are judged by an expert panel. This year’s judges include rocket scientist and every kid’s favorite inventor, Lonnie Johnson, of Super Soaker fame. Top prize is $20,000 and a free U.S. patent filing valued at $20,000 for the first- and second-place winners.

In true “Shark Tank” fashion, Wednesday’s televised final will allow for each team to make a three-minute presentation before a live audience, followed by three minutes of questions.

In addition to The Wobble, this year’s finalists include a data monitor to track and display real-time information to firefighters in hazardous conditions, a virtual guitar teacher, a robotic soccer goalie, a cheaper and more efficient electric vehicle charging system and a household water purification solution.

Winning the prize will mean a trip back to India for the student inventors on the TruPani water design team. That’s where the idea began for two team members last summer while working with rural villagers during a summer internship. Its copper-coated water storage container and accompanying cup repels harmful microbes in drinking water. Indian households earn about $42 per month and spend about 12 percent of that income on water quality, said environmental engineering major and team member Shannon Evanchec. TruPani would provide a lower-cost solution.

The inventions are so advanced they have already caught the attention of investors. The TEQ Charging team was set to sign a deal before the final competition for the first location to install its enhanced electric car charging system. The Wobble team plans to produce about 20 samples of its balance board for teams to try this summer. Ali Abid is working with guitar centers to market his FretWizard virtual guitar teacher. Firefighters at a training facility in Macon had already tried out the Fire HUD display monitor developed by Zachary Braun and Tyler Sisk. The students were working with a firefighter equipment company about installing the monitors in its masks.

And even if the FireHUD doesn’t win, competing in the contest was more than worth it, Sisk said. “InVenture provides exposure for (the student inventors), along with exposure to experts and mentors in the field,” he said. “It’s more than just a competition.”