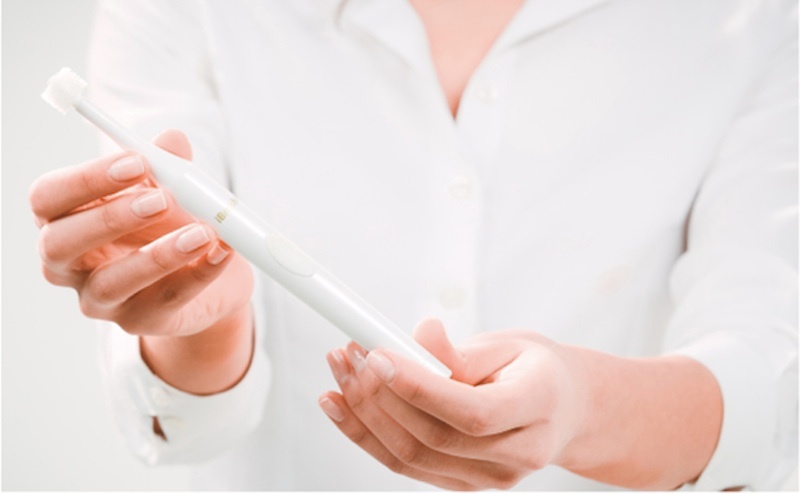 There are few things more routine than brushing your teeth: At least twice a day, every day, you stand in front of the mirror and go through the motions. So it might come as a surprise to learn that most people are probably doing it wrong. Now, a uniquely designed toothbrush aims to guarantee that brushers get it right.

Most people have heard that they should brush their teeth for at least 2 minutes, twice a day. But it’s perhaps less well-known that the way you brush is just as important. The American Dental Association recommends holding the toothbrush at a 45-degree angle away from the gums and brushing in short, downward strokes.

More commonly, people hold their toothbrushes perpendicular to their teeth and gums, said Alexander Kandemir, inventor of the new iBrush 365. The gums should make a tight seal with the teeth, but holding a toothbrush perpendicular to the teeth pushes the gums upward and makes them start to pull away, he added. This makes brushing less effective and can contribute to oral problems like gum disease.

The new iBrush 365 aims to correct bad brushing behavior by allowing people “to brush in ways the dentist wants, without changing our old habits,” Kandemir told Live Science. The electrical toothbrush has a cylindrical head that is loaded with more than 13,000 soft “micro bristles” (compared to the 2,500 bristles in a standard toothbrush) that can effectively clean the entire mouth in less than a minute.

In practice, using the brush feels a lot like using a regular electric toothbrush. You hold it perpendicular to your teeth and move it from side to side. The rotating head ensures that teeth are brushed in a downward direction and that the bristles are at a 45-degree angle to the gums, the company said. The toothbrush’s head can rotate in either direction, changing with a simple push of a button so that the movement is always directed downward.

The cylindrical head also cleans more than just the teeth. “Clean teeth doesn’t mean a clean mouth,” Kandemir said. “You need to brush your gums, tongue and cheeks, too.”

The iBrush 365 was tested on more than 300 people, and Kandemir said the results show that the device is the most effective brush on the market.

The iBrush 365 is equipped with a lithium-ion battery that lasts six weeks on a single charge, the company said. Users can charge the device with a USB power cord and a universal wall plug that works from 110 to 240 volts.

The project raised more than $29,000 through a crowdfunding campaign on Kickstarter. The brush is now available for preorder on the company’s website for $79, and orders will begin shipping this month.