How to Get Broader and Good Quality Patents

How to Get Broader and Good Quality Patents 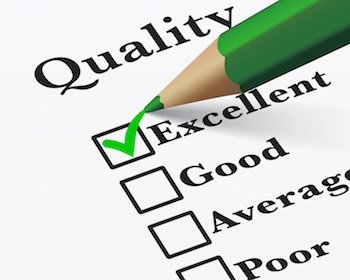 Patents, for a long while, have been an integral part of business development strategy. Companies like ARM and Qualcomm, for example, have built their business around patents which constitute a major part of their revenue. And the quality of their patents, for sure, is playing a key role in it.

Lowballing on patent quality has its own risks. It does not only affect the direct income from royalties but can also affect the revenue from proprietary products. Patents by nature exclude others from using the protected invention. Therefore, products backed by strong patents have less likelihood of copycats appearing in the market and even if it happens the chances of recovery on the basis of patent infringement still holds. A poor quality patent or a patent with unnecessary limitations on the other hand, can compromise this intent and can impact the entire business.

That being said, it becomes imperative to not ignore patent quality anymore. And before we go deep into the subject, let’s be clear that quality of a patent is different from that of an invention. Patent quality lies in the scope of claims, which, impacts the objective of getting a patent. One may seek a patent to just stop competitors from using the invention or for revenue generation through technology licensing. But, irrespective of the objective, quality remains a pivotal element.

Let’s explore some ways which can help IP councils get broad and good quality patents.

While working with IP councils, I came across many patents which assignees weren’t able to enforce due to that unnecessary element in an independent claim which could have been shifted to dependent claims easily.

Given that huge investments were made for building a patent portfolio, such handicapped patents beset an IP council working on its monetization, as these patents flunk when put into use. Hence, it becomes mandatory to judge broadness of claims to get strong patent which can help to keep competitors at bay and also extends revenue in the form of royalty.

The presence of two devices can limit the scope of infringement while providing a loophole to competitors to come up with alternatives where the two mentioned devices may belong to separate entities, and the clause may not be fulfilled by either of them. Hence, it’s a big limitation in a claim and can be changed to something like –

A small change can bring many products under the scope of the patent. One can imagine losing huge profit on the basis of narrow claims.

Thinking that a broad claim is all you need, is a fallacy. One also needs to ensure sufficiency of broadness which includes proper coverage of design around to strengthen the quality of a patent.

Difficult! One may think.  But, not an impossible task, though. If someone does that, the heavy investment made on the patenting activity will go in vain.

An invention normally becomes viable in many application areas depending on the deep correlation of technologies and also because of the ever expanding inter-dependency model of technology. That said, one should never limit the invention only to the research areas mentioned by the inventor(s).

Example – If an invention is related to GPS technology one may consider GPS devices, maps in mobile phone and car navigation systems as common application areas for the invention. This is what inventor may suggest. But is that all? No.

All this is possible with the help of a landscape analysis where one gets to know about:

However, don’t forget that an examiner is also a human being and ‘human errors’ are possible under time constraint from his end, too. Therefore, the decision to perform deep prior art search depends on one’s objective which further guides the decision to travel an extra mile to find what might have been missed by the examiner.

Conclusion: These strategies, on the surface, appear obvious and more often than not, get ignored. Many IP councils, however, are targeting broad and good quality patents and chances are that they are already using these to keep their clients one step ahead of the competition.