India not to allow software patents

India not to allow software patents 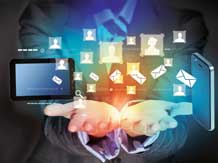 India has decided to continue to disallow software patents, following an uproar from software idea companies and activists. The announcement came in the latest guidelines for computer related inventions (CRIs) published by the Controller General of Patents, Designs and Trademarks on February 19.

Prior to the announcement, the patent office had stayed the August 2015 revised guidelines which allowed for software to be patented on the grounds of ‘demonstrating technical advancement’. Following concerns raised by start-ups and other stakeholders, the guidelines were stayed in December.

Experts have lauded the move by the Controller General of Patents, Designs and Trademarks as a bold move that equals the recent move by the Telecom Regulatory Authority of India’s to disallow services that offer differential pricing. Allowing software patents, according to them, would hurt innovation as much as the lack of net neutrality would. “It is estimated that the US has around 4,000 patents on e-commerce and around 11,000 patents on online shopping. This is a minefield for start-ups who cannot afford the cost of litigation,” said Venkatesh Hariharan, member of iSPIRT’s expert group on software patents. “Software is protected by copyrights and trade secrets and we believe that many countries will follow India in keeping software outside the patent system.”

Globally, patents favour large multi-national firms that can afford the high cost of filing patents and not start-ups. Moreover, if the US is to be taken as an example, allowing software patents could make the industry susceptible to patent trolls that hoard intellectual property (IP) in order to make money through lawsuits. The US government is even exploring an executive order to solve the issue.

Last year, homegrown phone maker Micromax was dragged to court for not paying royalties to Ericsson for utilising its IP. While this was in the hardware and networks realm, experts feared the same could happen in the case of software, where one party that has nothing to do with manufacturing smartphones can collect royalties from others.

“The legislature by limiting the scope of patentable subject matter in the field of software wanted our software professionals and industry to innovate and not be stifled by companies holding a stockpile of patents,” said Prasanth Sugathan, counsel at the Software Freedom Law Centre, a think tank.