Is 3D Multicolor Printing Up Next for Apple?

Is 3D Multicolor Printing Up Next for Apple? 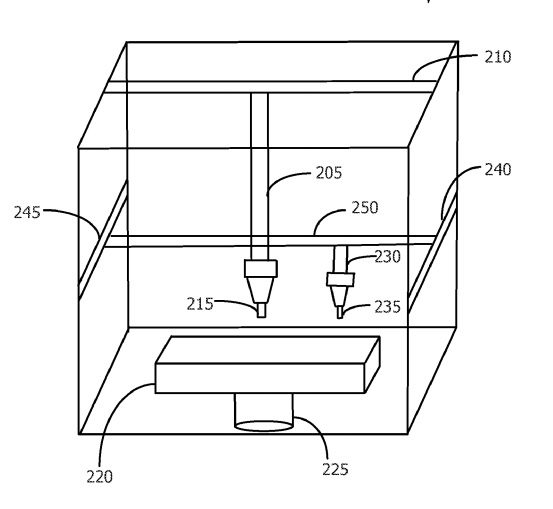 A US patent search reveals the direction Apple may be taking for its next new invention with the patent filing published December 3, 2015, by the United States Patent and Trademark Office (USPTO).

Apple has applied for a patent titled, “Method and Apparatus for Three-Dimensional Printing of Colored Objects.” Three-dimensional printing, more commonly known as 3D printing, is the process of making a 3D solid object of any shape and size from a digital model. The printing is done by laying down successive layers of any type of material, such as metal, plastic, etc., in different configurations.

While 3D printers have been commercially available for numerous years now, Apple’s patent is for improving the technology to make objects that are more useful and versatile to the everyday consumer. Currently, 3D printers are used for applications in the automotive, construction, engineering, architectural, medical, and dental industries.

Apple’s 3D printing technology would make it possible for individuals and small businesses to make replicas of objects on a smaller scale and do so using multiple colors from a desktop printer. Apple hopes this technology would put more 3D printers in households and other industries.

The desktop 3D printers on the market today have several heads for multicolor printing, but their cost is about $2,500 each. Apple’s patent application states intellectual property for “an efficient, inexpensive process is needed to color 3D objects while they are printed by a 3D printer.”

What’s new about Apple’s plans for 3D printing technology is the coloring process, as the above image from the patent filing shows. Currently, the majority of printers today can apply one color while printing the object and additional colors are added after the printing is done.

There are a few printers that exist now that can make tri-colored prints or allow for changing filament colors in mid-print. But Apple’s patent is for a 3D printer that can simultaneously print multiple colors while printing the materials without stopping the process.

According to the patent filing, Apple’s 3D printer would have two print heads, one for placing the applicable material to make the object and the other for dropping the color on the material. The application describes several methods for adding color, including inkjet technology, spray nozzles, airbrushing, or multicolored markers affixed to spring heads.

The inventors propose the process could work in several different ways:

Rumors that Apple may enter the 3D printing market began circulating last year as the company began filing several patents related to 3D printing technology. However, Apple has made no indication that it plans to make or market the printer for which it is seeking a patent.

HP Inc. and Toshiba have already emerged with 3D printers for the consumer market. According to a US patent search, several other companies, including Samsung, are considering entering the rapidly expanding 3D printing market and are working on multicolor 3D printers as well.