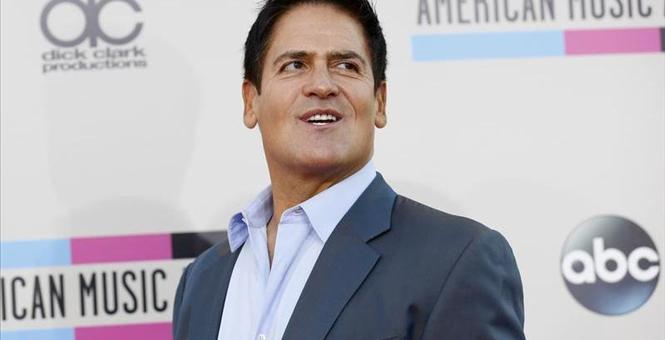 Mark Cuban is perhaps best known as the owner of the Dallas Mavericks and the Landmark Theaters, and a shark investor on the television series, Shark Tank. Now, you can add patent reformist to the many ventures of the 57-year-old billionaire.

Patent reform is a topic that Cuban is passionate about, claiming that the existing patent law holds companies back in “every way, shape and form.”

He lent his name to the Mark Cuban Chair to Eliminate Stupid Patents (EFF), a position established by the Electronic Frontier Foundation and endowed with $500,000 from Cuban and Minecraft creator Markus Persson.

According to the EFF’s announcement, the position, occupied by a patent attorney, is tasked with “hunting down and destroying crappy patents that have been recklessly granted by the US Patent and Trademark Office to unscrupulous ‘inventors’ who claim to have invented things that were obvious and/or already extant; and to pay for activists to fight for substantive patent reform.”

Cuban also has been a key figure in the patent reform debate on Capitol Hill, urging the U.S. Congress to pass the Innovation Act, legislation aimed at reforming the current patent system. He, along with 38 other tech investors wrote Congress, urging lawmakers to put an end to the growing business of patent trolling that, in 2011, cost companies $29 billion.

The tech coalition has petitioned Congress to protect the interests of start-ups with a bill that would include:

So far, Congress has stalled in passing the bill over concerns about new regulations that could harm the overall system.

A sticking point is eliminating patents for software, an area ripe with patent trolls. According to Cuban, trolls and the lawsuits they bring “are a huge drain on technology companies and the economy.” He further believes that software would be well protected under copyright laws.

Cuban speaks from experience. Back in the 1980s when virtually no patent protection for software existed, software developers, Cuban among them, survived and thrived without the worry of patent lawsuits.

In contrast, Cuban says small tech companies of today barely make it through their first year without the threat of a patent lawsuit from a troll. These trolling companies take advantage of old patents that never should have been granted because they lack a deep technological disclosure of the invention. As such, they leave a lot to interpretation, allowing patent trolls to make their case in court.

Currently, bills introduced that address the act of patent trolling are:

The Protecting American Talent and Entrepreneurship Act is the U.S. Senate’s version to the U.S. House’s Innovation Act. The bill is out of committee and a floor vote is expected this fall.

The Strong Act is in opposition to the Innovation Act. Introduced in the Senate, it is aimed at changing the rules for reviewing patents at the United States Patent and Trademark Office, slanting them toward patent owners.

The Targeting Rogue and Opaque Letters (TROL) Act in the House would punish those who send demand letters in bad faith.

The Demand Letter Transparency Act of 2015 introduced in the House calls for the creation of a national database of demand letters that patent trolls who send more than 20 demand letters must submit to. The legislation also creates content requirements for a demand letter.