New Invention Puts the Power of Static in Your Pocket

New Invention Puts the Power of Static in Your Pocket 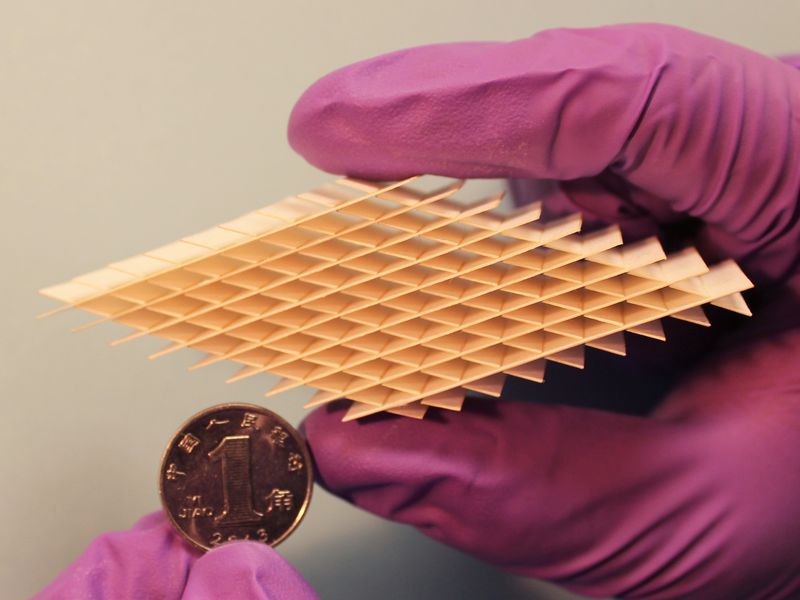 For most people, static electricity is a mildly painful nuisance. However, engineers in recent years have been working to harness this seemingly random phenomenon to generate small amounts of electricity cheaply and easily.  Most static electricity is a idea of the “triboelectric effect,” which happens when two materials come in contact and electrons are traded between them. When the materials are pulled apart, there tends to be an imbalance of electrons left over, with some of the atoms of the materials gaining extra electrons than others.

This imbalance creates an electric charge on the materials, and the materials’ atoms desire to return to neutral charge means electricity has been born. The shock you get when touching a doorknob after walking across a plush carpet is your body’s atoms discharging the extra electrons they collected from the carpet so they can return to neutral charge.

Triboelectricity is unpredictable, but engineers in the last few years have been creating innovative ways to capture its potential, ranging from electrodes in car tires to wood boards that create static when stepped on. One of the pioneers in this field has been Georgia Institute of Technology engineer Zhong Lin Wang, who has created triboelectric generators from a wide variety of materials, including ultra-thin polymers that could serve as touchscreens, fabrics and even recycled soda bottles.  “You can utilize almost any material for this purpose,” Wang says. For his latest triboelectric creation, Wang reached for a material few would associate with electricity at all—paper. As a child, Wang says he played with intricate creations made from cutting and folding paper. This East Asian art, which dates back thousands of years, is called “kirigami,” translating to “cut paper” (it’s closely related to the more famous “origami,” which means folding paper).

“It’s probably the cheapest material [possible],” Wang says of why he chose paper, “and it’s a biodegradable and safe material we use every day.”

Wang and his team cut sandpaper into rectangles with lasers and covered them in thin layers of gold and other conductive materials. Then they assembled the rectangles into three-dimensional rhombus shapes. These rhombi, which can fit in the palm of one’s hand and fold up to be stored in a wallet or pocket, generate electricity when a person presses on them with their fingers. This brings the conductive layers into contact with each other, building up the imbalance of electrons that causes a static charge. Repeatedly squeezing on the paper device for a few minutes can create about 1 volt of energy, which is enough to charge a watch or a wireless remote control or even a small medical device for a few minutes in an emergency, Wang says.

Wang’s use of a cut lattice structure inside the rhombus was a “clever approach for increasing surface area for triboelectric generation,” says University of Michigan engineer Max Shtein, who has used kirigami to create three-dimensional solar panels that can capture more light as the sun moves in the sky. Columbia University electrical engineer John Kymissis, who, like Shtein, was not involved in this research, also had praise for Wang’s “clever design for an integrated energy generation and storage structure.”  Wang, who has a patent pending on this device, is hoping to see it developed in a few years to be potentially sold as an inexpensive disposable charger or, even more importantly, as a tool to teach children about how electricity works.

“They can generate power and light up lights,” Wang says of the potential. “All this good stuff they can do with a simple structure.”

Read more: http://www.smithsonianmag.com/innovation/new-invention-puts-power-static-your-pocket-180963482/#rKp3mKqDJzp4TQ0f.99
Give the gift of Smithsonian magazine for only $12! http://bit.ly/1cGUiGv
Follow us: @SmithsonianMag on Twitter