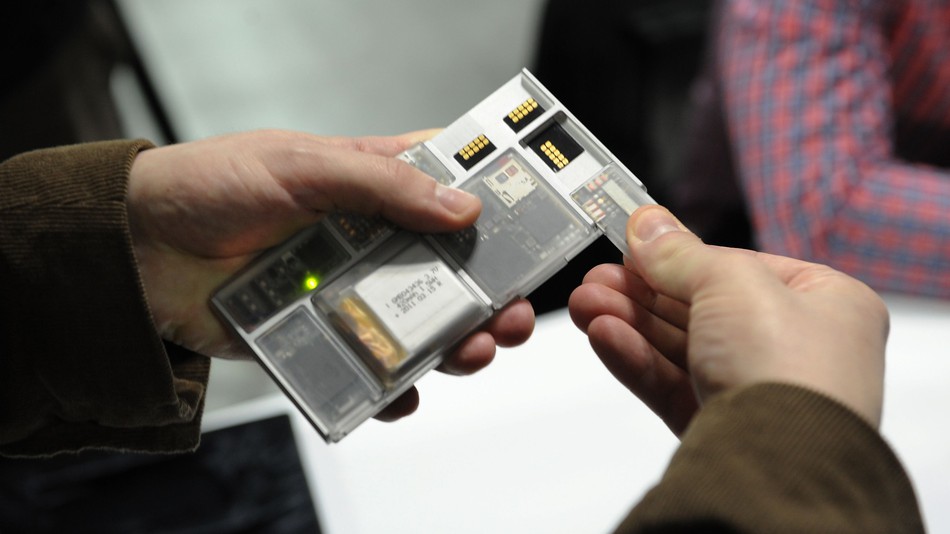 Facebook is exploring new handheld gadget with interchangeable parts that could used like a smartphone or portable speaker, a new patent application revealed on Thursday.

The product is described in the patent as a “modular electromagnetic device” and would work with different swappable modules like a speaker, microphone, GPS system, touchpad, and even a thermometer.

People would be encouraged to swap out modules they wanted to replace, or they could completely customize the gadget to fit their specific needs.

“From a consumer perspective, the life cycle of conventional consumer electronics is expensive and wasteful,” Facebook said in the patent application.

“Typically, the hardware components included in the consumer electronics that are considered ‘outdated’ are still useable. However, the hardware components can no longer be re-used since consumer electronics are designed as closed systems,” the company added. So in theory, the gadget would have a long shelf-life and give users more control over its features.

The patent is the product of Facebook’s Building 8 division, a secretive consumer hardware group working on ambitious ideas like typing words on a computer with your mind and augmented reality apps. What’s notable about this group is that it recently hired Regina Dugan, the former head of Google’s Advanced Technology and Projects (ATAP) group that created the failed Project Ara modular phone project.

Another intriguing piece to this story is that there have been rumors whirling around Facebook building a successful phone for several years, so this new patent will likely fuel rumors that the company is interested in building its own phone.

The original “Facebook phone,” also known as HTC First, was launched a couple of years ago and was met with pretty abysmal reviews. Other modular smartphone projects like the LG G5 failed to reach wide-scale adoption as intended. Even the Moto Z — which was reviewed well — has failed to turn modular smartphones into a widespread success.

But take all of the modular smartphone hype with a huge grain of salt. Companies file for patents all the time, and they don’t always follow through on the projects they file for. So, this could be another one of those circumstances where the product is never made.

Still, it’s hard not to get excited about Facebook exploring consumer hardware. With all the brainiacs Facebook has housed in its Building 8 division, we imagine they’ll come up with something awesome in the near future. Whether it’s a modular phone remains to be seen, but we’ll be here when they finally decide to announce it.