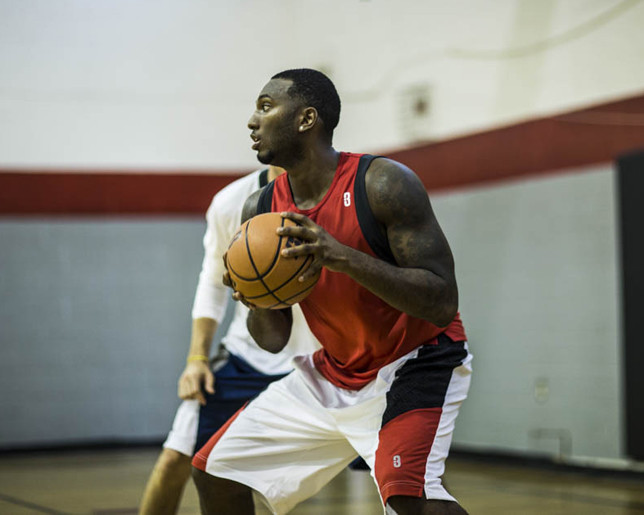 POINT 3, a sports apparel company headquartered in Atlanta, Georgia, hopes to take on the big players, like Nike, Adidas and Under Armour, by raising revenue to manufacture its recently patented athletic gear invention.

According to a patent search, the United States Patent and Trademark Office (USPTO) awarded POINT 3 a patent in July 2014 for its DRYV moisture control technology. Now, the company is using that patent to raise capital to expand its line of products featuring the technology beyond its current basketball apparel. In doing so, the company hopes to take a share of the athletic apparel business away from its major competitors.

The company is seeking Series A-1 capital in the seven-figure range. Since 2010, POINT 3 has raised about $5 million. The company has experienced triple-digit percentage growth in three consecutive years, mainly through direct-to-consumer avenues.

According to Michael Luscher, who founded POINT 3 in 2010 and currently serves as its CEO, the patent application was put through a rigorous examination by the USPTO that lasted more than three years. The USPTO had to examine a number of previous patents carefully to ensure the technology was a unique advancement over them.

In being granted the patent, POINT 3 becomes the only company that can legally make performance athletic gear with a towel-like fabric integrated within it. Luscher calls the invention a “game changer” in the athletic apparel industry.

The DRYV moisture control technology is designed for athletes whose performance is hindered by sweat, such as in basketball where sweaty hands lead to turnovers. The DRYV technology is incorporated into panels on tops, shorts and shooting sleeves, allowing athletes to dry their hands, face and other body parts directly on their athletic apparel.

A patent search comparison between moisture wicking performance fabrics being worn by many athletes today and POINT 3’s technology shows that moisture wicking material is designed to repel moisture from the areas of the body it covers. DRYV moisture control technology, on the other hand, provides a moisture absorbing area on a moisture wicking garment so extremities not covered by the apparel can be wiped dry when they become sweaty.

The invention has been tested by numerous basketball players to validate its performance. Currently, the moisture control technology is featured in POINT 3’s line of athletic tops, shorts and accessories.

Others sports where the company sees the technology being beneficial are tennis, baseball and golf. The goal is to keep athletes dry so they can remain focused on the performance of their game without worrying about beads of sweat getting in the way.

Luscher said the influx of new capital would enable POINT 3 to expand the DRYV brand, including adding operations, marketing and product design/development teams, as well as develop marketing materials, a dedicated website and guidelines for use of the brand.

In addition to raising capital, the company plans to increase profits through licensing agreements with manufacturers and apparel companies in unrelated industries who want to incorporate the technology into their products.