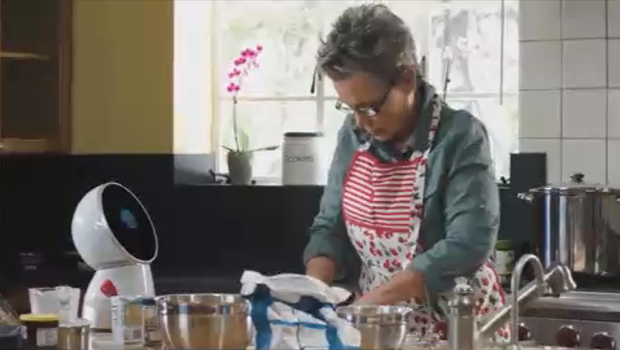 More of the futuristic technology that you only saw in movies is coming to life, and sooner than you may imagine.

Popular Science magazine says the “golden age of invention is here.” Their new issue features the “2016 Invention Awards,” which highlight this year’s 10 greatest creations by independent inventors. For the 10th annual list, editors looked for unique ideas that can disrupt the tech world.

“These are independent inventors, so it’s a group of friends who decided to build a startup in their garage, it’s someone who was tinkering and decided to make his own hoverboard,” Sophie Bushwick, project editor at Popular Science, told “CBS This Morning” Tuesday.

You may remember Rosie the robot maid from “The Jetsons.” Forty years after the cartoon first aired, you can now have your very own robotic companion, called “Jibo.” It was invented by MIT researcher Cynthia Breazeal who wanted to create a robot that was “fun to hang out with.”

While it has many of the qualities of Amazon’s Echo with its Alexa persona, Jibo is distinguished by its ability to socialize.

“It can tell you a bed time story, it can take a photo of you and your friends hanging out. It can even learn individual preferences,” Bushwick said.

Remember the flying hoverboard from the 1980s teen sensation, “Back to the Future II?” That is also no longer an item of the future. Inventor Alexandru Duru of Canada broke a Guiness World Record, flying a distance of over 900 feet, balancing 16 feet above the water’s surface.

Duru plans to have the hoverboard ready for distribution by 2017.

Some inventions are more than for pure entertainment, like the PSM pill — short for physiological status monitoring — that can monitor vital signs like your heart rate, breathing rate and body temperature.

“Normally, measuring that kind of thing would take an invasive technique,” Bushwick said. “With this, you just swallow the pill and it streams your data.”

So far, the pill has not been tested in humans and it is still being developed.

Another invention on the list is the Eora 3D Scanner that works along with your smartphone and can scan objects and faces.

“The idea is you take multiple 3D scans, the software stitches it together into a higher-resolution image and then you can print that in your 3D printer,” Buschwick said.

The list of winners also includes a self-powered camera, the robot that prints a bridge and more. Check out all the 2016 Invention Awards winners here.