Robots are now allowed to use the sidewalk in this state

Robots are now allowed to use the sidewalk in this state 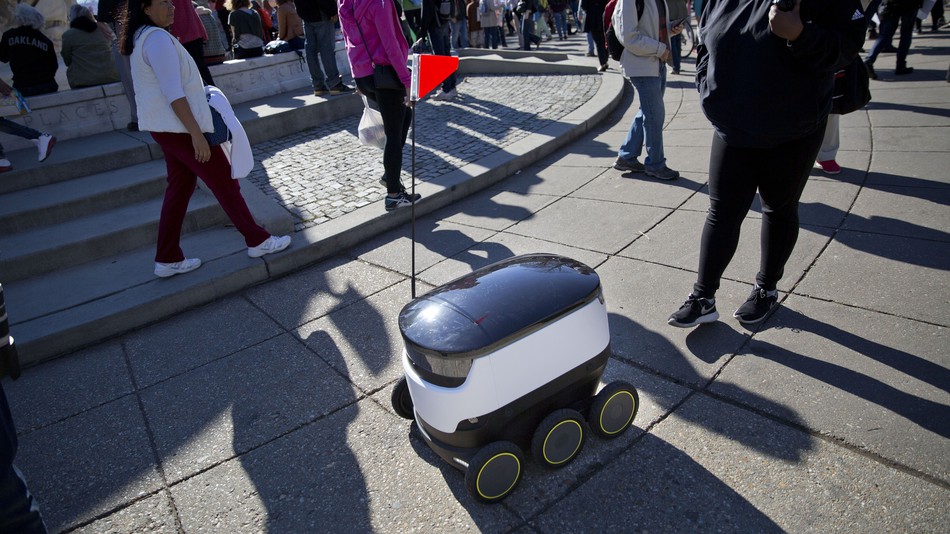 In the future, your beer will be delivered by by robots that look like big beetles out to set up a golf course.

Virginia became the first state in the union on Wednesday to legally allow robots to use sidewalks and crosswalks just like us humans.

The impetus for the new law is Starship Technologies, which is looking to use its beetle bots to deliver packages or groceries or beer or whatever else you can stuff inside.

The bots won’t be allowed to beef up beyond 50 pounds or zip around at anything above 10 miles per hour, though that’s still the pace of someone running pretty quickly down the block. They do, however, have a little flag so they don’t blindside folks who will inevitably trip over them while looking at their phones.

This is basically the ground version of what Amazon wants to do with the sky via airborne drone delivery.

This is basically the ground version of what Amazon wants to do with the sky via airborne drone delivery, and Starship Technologies spokesperson Henry Harris-Burland has said his company’s bots also help clean up the air.

“Big vans — stopping and starting, polluting,” Harris-Burland said. “It’s so inefficient, and our little robots are best optimized for those sort of deliveries.”

Both Grubhub and Amazon have sent lawmakers letters of support.

It’s unclear where Virginians will first potentially have their feet run over by robot wheels, and cities will be able to further regulate the bots as they see fit.

Legislators in Idaho and Florida are considering passing the same type of legislation, and the bots are already racing around Redwood City, California and Washington, D.C.

The robots are autonomous, though the law requires someone to keep a watchful eye on any bots that are out and about, in case they decide to cross against the light or something, at which point a person can redirect them.

Autonomous bots are cool, but it’s a shame, really, because it’d be great if one of these operators could mess with her friends. What if an operator got a friend to order something, then, when her friend opened the door to get her package, the operator backed the bot away ever so slowly, so her friend had to lunge at the bot, and then, boom, the bot is rolling down the street while the operator is texting her friend, like, “how bad do you want that wine?”

What I’m saying is I’d like to become one of these operators for a day or two.