Should the Patent and Trademark Office Be Allowed to Change Its Mind?

Should the Patent and Trademark Office Be Allowed to Change Its Mind? 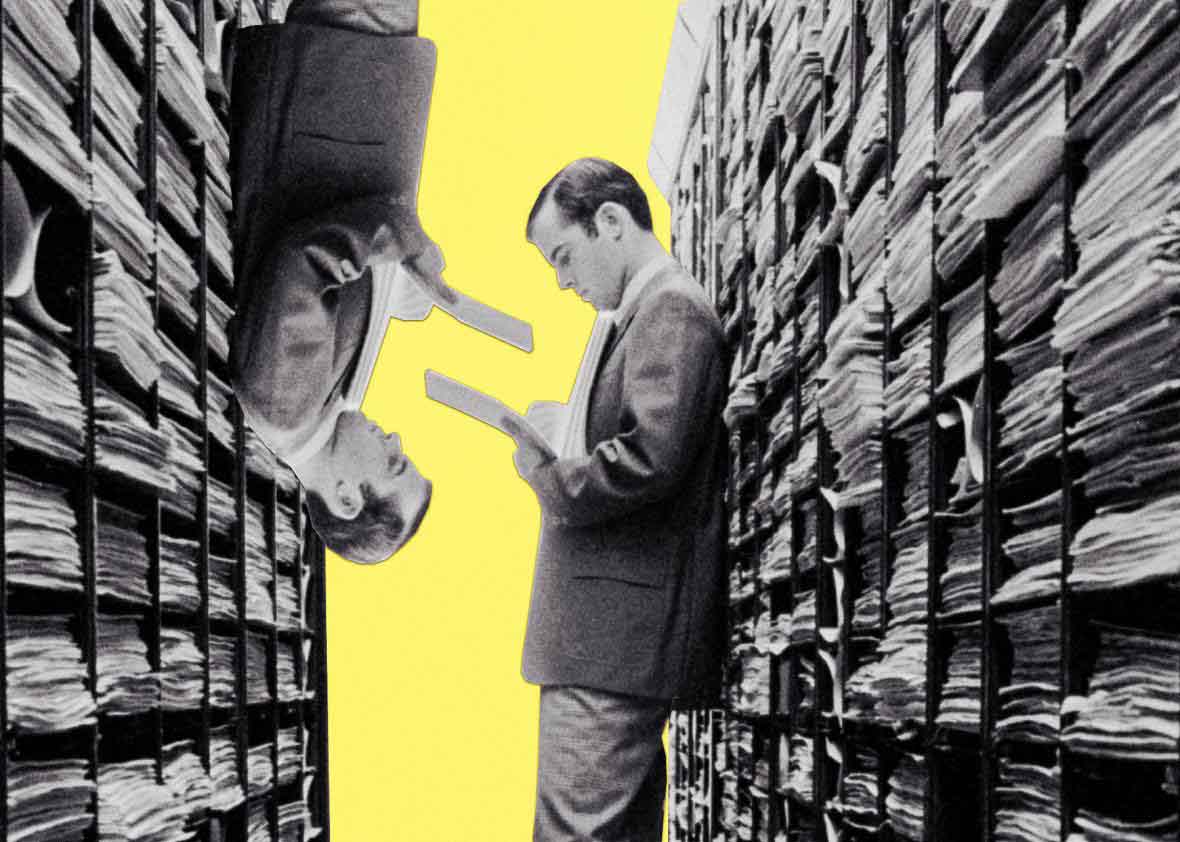 A patent on one-click checkout? On a method for exercising a cat? On a lawn bag that looks like a jack o’lantern? On a scheme for hedging risk? Everyone (well, at least everyone in my world of intellectual property law) has a favorite example of a low-quality patent—patents that are too vague, too broad, or too obvious to deserve protection.

In response to the concern that these types of patents were clogging the system and essentially imposing a tax on innovation, in 2011, Congress instituted a set of new procedures to challenge the validity of issued patents. The new processes permit any interested party to, in effect, ask the Patent and Trademark Office to change its mind.

These aren’t patent infringement cases or even validity litigation. Petitions for review are heard by the Patent Trial and Appeal Board—the PTAB—an administrative tribunal within the PTO, not by a court (although they can be appealed to a court). Reviews are quicker and cheaper than litigation because they are conducted under a special set of procedural rules with no right to a trial by jury. And because they are essentially a do-over, there is no presumption that the patent is valid, as there would be in court.

Versata Software learned the difference between the PTAB and the courts the hard way. In court, it successfully enforced a patent on software for determining prices. Later on, the PTAB revoked the claims that the court had just found valid.

From the start, some patent-holders have questioned the constitutionality of these new ways to invalidate patents. Now the Supreme Court has finally agreed to hear a case that addresses this question. In Oil States Energy Services LLC v. Greene’s Energy Group LLC, Greene’s Energy used one of these procedures to challenge the Oil States patent on a lockdown mechanism for equipment used in the oil industry. In 2015, the PTAB struck many of Oil States’ claims, and in 2016, the Federal Circuit Court of Appeals affirmed the decision. At the Supreme Court, Oil States is arguing that this is wrong. Oil States says that its patent is private property (like a land grant), which, once granted, can be revoked only through a decision of a court, where the patent-holder basically has a right to a jury. Greene’s Energy, on the other hand, would classify patents as essentially public rights, like rules of the road. As such, it claims that Congress was within its authority when it established these procedures and allowed the PTO to revisit the merits of the Oil States patent.

While patent rights incentivize the holder, they also inhibit everyone else.

Whatever the technicalities of the legal issue, at heart, the question is this: Should the PTO be allowed to change its mind? A strong argument can be made that patents should, like land rights, be extremely difficult to invalidate, and that a trial in court, complete with a jury, should be necessary to overturn them. Patents are awarded to incentivize innovation and, critically, to encourage future behavior. Just as we encourage people to spend money to care for land and put it to its highest and best use, this thinking goes, patents incentivize holders to invest in adapting the invention to commercial realities, develop markets for it, educate consumers about its benefits, establish distribution networks, etc. If, after all that work, a rival can easily prevail upon the PTO to change its mind, it would be much riskier for someone to plow resources into commercialization. A cheap path to invalidation is particularly worrying for industries that face high costs when bringing ideas to market. The pharmaceutical sector, for example, is extremely concerned about these procedures because, after patenting, firms must conduct costly tests to demonstrate that their ideas are safe and effective. They need the assurance that they will have a period of patent protection to recover those costs.

But there is another side to the story. As Justice Breyer famously said, “Sometimes too much patent protection can impede rather than ‘promote the Progress of Science and useful Arts,’ the constitutional objective of patent and copyright protection.” While patent rights incentivize the holder, they also inhibit everyone else, including those who would bring cheaper or better versions of the advance to market, those who could find other ways to deploy the patented invention, and second-generation inventors who wish to build upon the first inventor’s insights. These losses may be balanced out by the benefits of encouraging innovation and commercialization, but they are certainly not worth it when the patent covers advances—such as the lockdown mechanism in Oil States, the pricing software in Versata, or schemes for hedging risk—that never merited protection in the first place.

So here is where patents differ from land. The existence of land is never in question. Ownership may be in doubt, and the boundaries might be fuzzy, but we know that the land is there. Whether something is inventive enough to patent is, however, often debatable. The PTO cannot be expected to get the answer right in every case. About 300,000 utility patent applications alone are filed each year (half a million if you include plant and design patents). On average, a patent examiner spends something like 19 hours on each one. That includes learning about the invention, searching the literature to make sure the invention really is new and inventive, hearing from patent counsel, considering and reconsidering counsel’s arguments, ensuring that the invention and claims are explained clearly, and writing up conclusions. Given the technical complexity of many of these applications, 19 hours is rarely enough time to do a perfect job.

The government could devote more resources to examination, but that would be wasteful, as a large percentage of issued patents have so little scientific and commercial significance, no one cares whether they are valid. The beauty of administrative reconsideration is that, in effect, it establishes a triage system. It enlists interested parties in identifying the patents that are worthy of more detailed consideration. By reducing costs, the availability of administrative challenge also makes it more likely that such parties will come forward to challenge meritless claims, rather than wait and see—and free-ride on the (often very expensive) litigation efforts of others.

The specific procedure used in the Oil States—inter partes review, or IPR—also allows for review after a period of time has elapsed and material that the examiner failed to find has surfaced. The PTAB can consider this new evidence when it revisits the question of whether the advance really was inventive enough to merit a patent. In particular, the PTO has trouble finding everything that is relevant to patentability in fields like information technology, where advances are often publicly practiced but not written down in documents that are easy to find and search. The patents issued in these areas are also the most problematic, for they turn those who were already using the technology into infringers. Not surprisingly, they are a favorite tool of patent trolls, like the people who sue coffee shops and hotels for using patents that they claim cover Wi-Fi. Administrative procedures that make it easier for those already familiar with the invention to challenge the patent are therefore especially valuable in fields where there is a great free patent search of uncodified information, where new technologies are easily spread by word of mouth or, as with computer software, where advances are often invented independently by many different people.

One reason for early concerns about these post-grant procedures is that the invalidation rate appeared to be so high, patent rights seemed downright ephemeral. As a former chief judge of the Federal Circuit Court of Appeals put it, PTAB judges act “as death squads, killing property rights.” But the PTAB only agrees to review patents when it thinks it’s likely the claims are invalid. Since it is very good at deciding that question, the rate at which reviewed patents are invalidated is high. The PTO’s own statistics show the PTAB does not readily institute review. Besides, the rate at which these challenges are brought is slowing now that the PTAB has free patent searcht with the challenges that had accumulated while these procedures were being established.

To be sure, these post-grant procedures could be improved. For instance, the pharmaceutical sector and other fields with high upfront costs might deserve special protections. But for other industries, these procedures do exactly as Congress hoped. They make it easier for the system to clear out patents that should never have issued. They reduce the incidence of trolling and diminish the power of incumbent firms to use their patent portfolios as barriers to entry. Congress could have chosen to make patents uncontestable, as it did for some claims in trademark cases. Its decision to make patents subject to invalidation throughout their lifetime means that right-holders simply have no basis for thinking of their patents as equivalent to property rights in land. Innovators participate in the system knowing that that the sheer existence of their “property” can always be reconsidered.