Start-up lets you text when there’s no cell service

Start-up lets you text when there’s no cell service 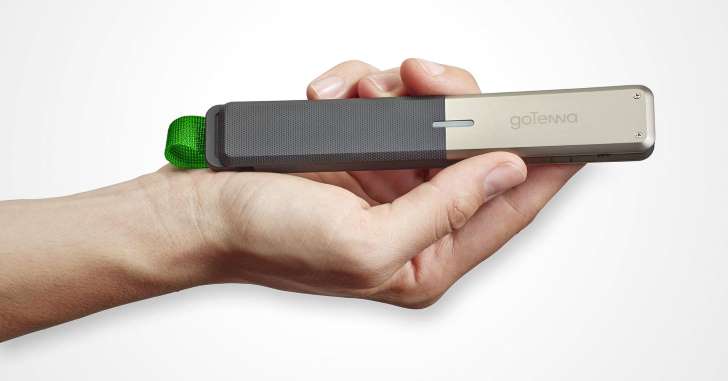 What do you do when you have your smartphone with you, but there’s no service? Start-up goTenna has a workaround.

GoTenna is a small, portable device that attaches to your phone, and lets you send text messages and share your location when cellular service is not available.

Users can text each other at crowded events, during emergencies and in remote areas. GoTenna requires that at least one person have the device and only allows for communication between goTenna users.

GoTenna gets a service range of four to five miles in open environments and half a mile to one mile in congested areas, such as cities.

Co-founders Daniela Perdomo and Jorge Perdomo developed the idea after Jorge noticed difficulties in messaging people at concerts and other crowded events.

“We wanted to create some way for people to use their phones to communicate in situations when service is unavailable, unreliable or unaffordable,” said Daniela, who also is goTenna’s CEO.

GoTenna does not have voice- or image-sharing features, and Daniela said that limiting goTenna to text messages and GPS allows the device to be light and cheap.

Other goTenna features include a 24-hour battery life, an extendable antenna and a waterproof exterior. They are sold in pairs for $199 online and at REI.

Daniela said the company, which launched its first product in October of last year, is expected to release more products this fall.