D-Vine is a Keurig Wine Dispenser

D-Vine is a Keurig Wine Dispenser 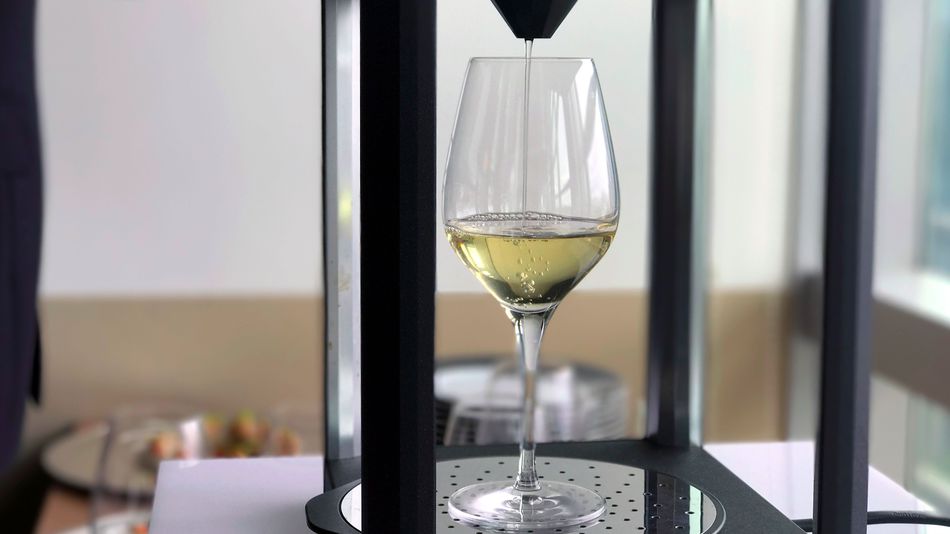 A new machine aims to do for wine what Nespresso and Keurig have done for coffee at home.

The D-Vine — from the French wine startup 10-Vins — puts wine in a 100ml test tube-shaped container called a ‘flacon’ (little bottle) and brings it to the optimum temperature and aeration recommended by wine makers.

Within a minute, it can chill or warm the wine and aerates the drink via a long, coiled inner tube which passes through it.

Four years went into developing a prototype which was market ready by 2014 and on sale in Europe by Christmas 2015.

Part of the reason it took so long was because the makers wanted the cooling engine to be able to chill the wine within a minute and without needing to plug the machine in.

This is not the same as a fridge, which slowly reaches and maintains a cold temperature, co-founder, Thibaut Jarrousse told Mashable.

D-Vine launches in Singapore, U.S. next

It launched in Singapore this week — it’s first step outside of Europe. The makers are keen to expand to the U.S. and Asia.

10-Vins also doesn’t make its own wine. Vineyards supply wine and information on temperature and food pairing, for the little bottles, or flacons.

“It can be a little hard to convince ‘traditional’ makers to put their wines in a form like this,” Jarrousse explained.

But Jarrousse is hoping that smaller estates will be attracted to the prospect of offering a new way to reach customers, as well as the promise that their products will be presented in as perfect a state as possible.

All of its wine catalogue is sourced from France at the moment, although the company is keen to reach more wine makers, said Jarrousse.

Wines from other European countries and the Californian region in the U.S. are next on its list to target, he added.

It’s worth noting that steep alcohol taxes makes drinking more expensive in Singapore compared with countries like the U.S. and with each glass beginning at S$9, it’s still more expensive by volume than getting a store-bought bottle of wine.