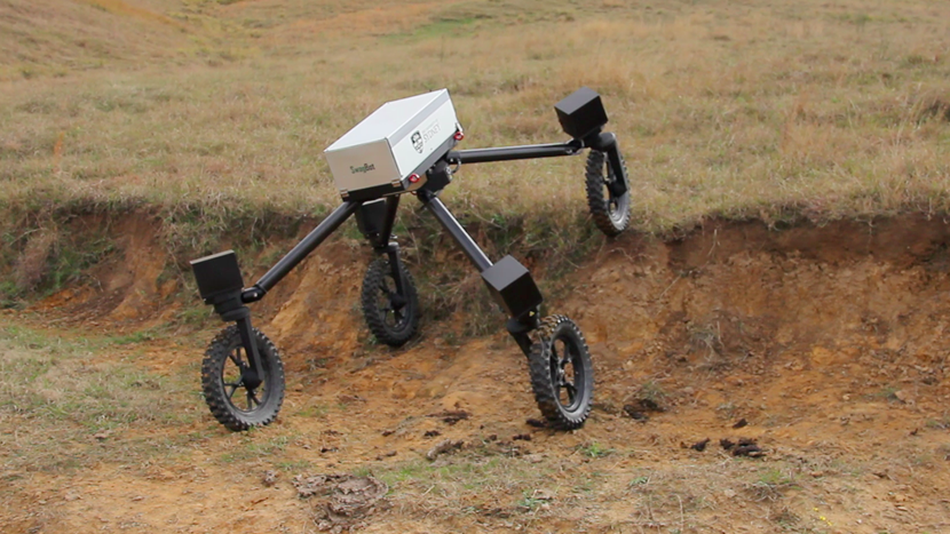 Sorry, Lassie. Your days as a farmer’s best friend may be numbered.

Salah Sukkarieh, a professor of robotics at Sydney University, is the project lead for agricultural robotics at the Australian Centre for Field Robotics (ACFR). The ACFR, which hosts around 130 researchers and engineers, builds robots for mining and aviation, but it’s also looking at how automated systems could assist graziers and farmers.

On June 30, ACFR did its first test of the SwagBot at a farm near Newcastle, Australia. While having little actual swag, the robot could prove extraordinarily useful on cattle farms by potentially herding and monitoring animals, among other tasks.

The SwagBot is intended to be a low cost, powerful robot that can work across large, rugged areas. “Because of the type of terrain … it needed to have enough power and articulation capability to clamber over logs and ditches,” Sukkarieh told Mashable Australia.

Over the next few years, the lab intends to build more autonomy into the robot so it can perform certain tasks such as animal monitoring or weeding. “We’re looking at how we can increase the level of autonomy so it makes it easier for the growers, which are usually just one man,” he explained.

Battery-operated and with all-wheel drive, the SwagBot can reach speeds of 15 to 20 kilometres per hour (9 to 12 miles per hour) on smooth terrain.

During the field test, the surrounding cows were understandably not impressed. “They were obviously scared and ran away. It’s what we expected,” Sukkarieh said. “We use it to our advantage in herding animals, or we figure out how to monitor from a distance.”

The eventual commercial cost of the robot is unclear, but Sukkarieh said the idea was to get it down to at least the price of an all-terrain vehicle — a buggy can cost around A$30,000 ($22,827).

Sukkarieh has been working in robotics for 20 years and said it’s only in the past decade that costs have become low enough for robotics to be accessible to farmers, and their interest has been considerable. “They’re hanging to see what the next capabilities [of the Swagbot] will be,” he added.

Among other robots, the ACFR has also created the Ladybird, which will weed and harvest, and the J3 Cub, an unmanned aerial vehicle that could be used in weed detection.

In a few short years, the cattle dog may find itself replaced by a mechanical creature with four wheels and a battery pack.