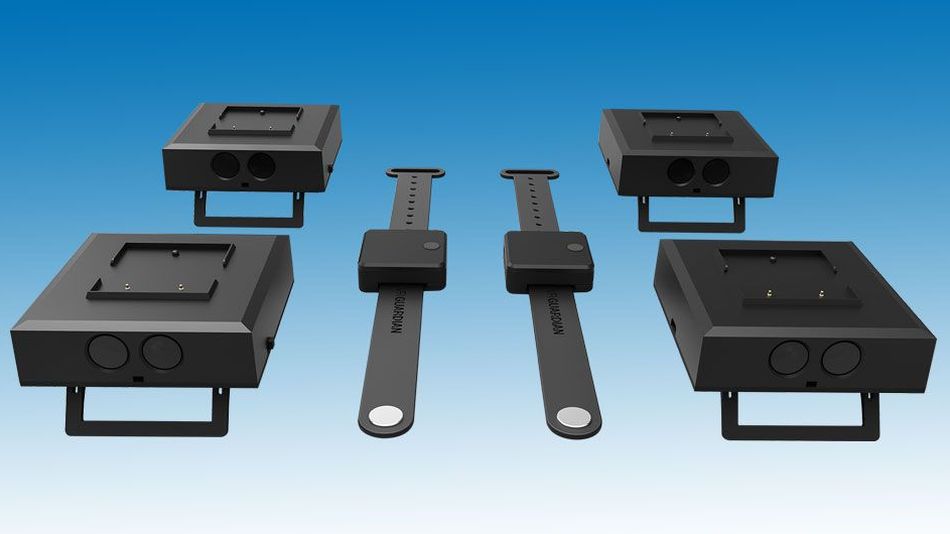 Despite the fascinating experiences offered by virtual reality, it can also be nerve-wracking — especially when you’re worried about crashing into real-world objects while twirling around in a virtual space.

On Tuesday, at E3, accessories maker Nyko unveiled a solution for this literal blind spot in the form of the VR Guardian.

The VR Guardian system puts two wristbands on your arms that alert you when you’re about to travel outside of a predetermined VR safe perimeter.

The system works using Bluetooth signals that are connected to an array of four sensors that you can place around yourself in any position before strapping on your VR headset. Whenever you veer too close to the sensor boundary, the wristbands vibrate, giving you a subtle, haptic push back into your safe zone without interrupting your VR experience.

Such a safety zone could dramatically enhance your experience by allowing you to focus solely on the virtual world instead of simultaneously worrying about running into a wall or your coffee table.

If this sounds like just another accessory, then you’re probably not an experienced VR user. I can say from personal experience that one of the biggest issues plaguing VR demonstrations is the need to have a caretaker nearby guiding you so that you don’t get injured.

Sure, many VR experiences can be enjoyed while sitting in a swivel chair, but increasingly, some of the most captivating VR apps are best experienced while standing. And while I haven’t had a chance to test it out yet, the VR Guardian could be a perfect solution for many heavy VR users.