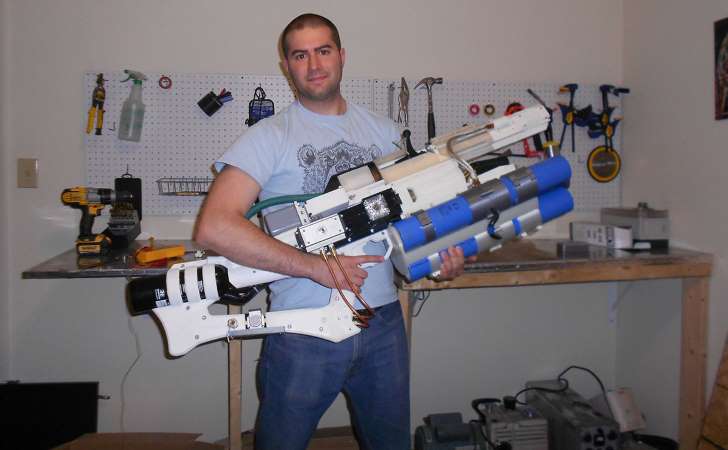 A famous Youtuber known by the nickname “Xtamared” built a 3D-Printed rail gun that can fire aluminum or graphite projectiles at over 560 mph.

The Quake-inspired “handheld” weapon is no plastic toy, it houses six capacitors that weigh 20 pounds, and is capable of delivering over 3,000 kilojoules of energy per shot, using parallel electrodes to fire an “armature” bullet.

The resulting design and 3D CAD drawing are complex enough to the point that would make DARPA proud.

The railgun was tested using graphite and aluminum projectiles, and proved to be far less lethal than a regular gun. Nevertheless, the aluminum projectile still managed to put a half-inch dent in the steel-backed plywood target, while the graphite projectile “probably just vaporized,” according to the builder.