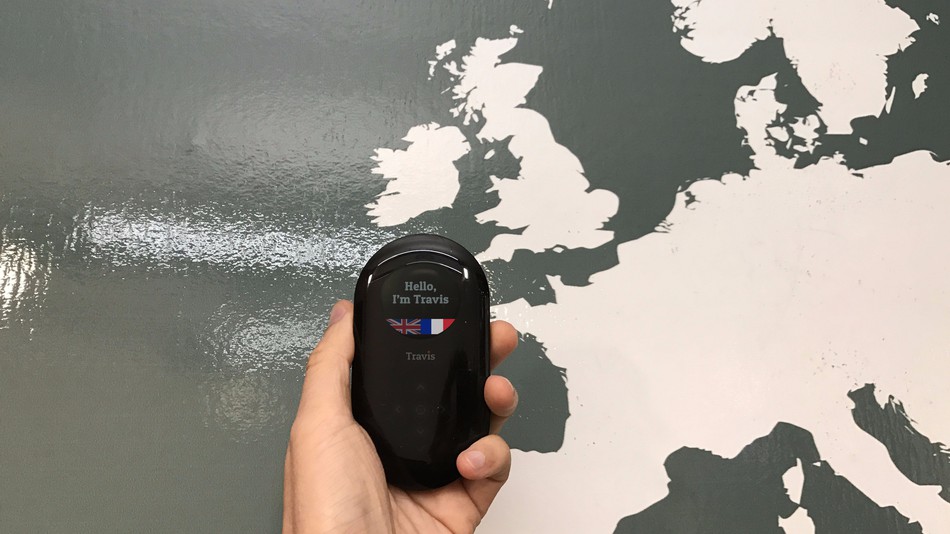 If you don’t have the time to learn a new language, you can typically depend on apps to help bridge a communication gap. For next level intra-language conversations in real-time, though, you might need some extra translation power.

Travis, a remote control-like gadget that’s small enough to fit in your pocket, might be able to talk to almost anyone you encounter on your travels using AI. Its goal is to be able to communicate face-to-face with anyone at the touch of a button, since the device can auto-recognize speech to kick-start a conversation.

Travis’ makers claim it can translate 80 languages in real time when it’s online, ranging from Afrikaans to Welsh. The device can also access 20 more commonly spoken languages in offline mode, so travel in areas without clear network connection is less of a hassle.

The Travis device has a touchscreen display for navigation, a quad core processor, built-in Bluetooth and Wi-Fi capabilities, and a slot for a SIM card. Its makers claim the battery can last for up to a week on standby mode — but online and offline use will drain it in six and 12 hours, respectively.

There aren’t many details available about how Travis’ AI system works, which is slightly concerning. Its makers say the system was built by integrating the “best apps for each language” into the gadget, which selects the most suitable app for each conversation.

The only footage of the device in action doesn’t show the final product, either. The demonstration, seen below, features a big, bulky prototype version of the system, so there’s clearly still quite a bit of work to be done before Travis is out in the world.

This isn’t the first real-time translation gadget on the market — there are others that we’ve actually seen in action IRL — but if it can fulfill its potential, the device could be a valuable tool for travelers and international businesspeople alike.

Travis blew past its initial funding goal on IndieGoGo, where you can preorder your own device for $139 (at launch, it’ll run you $199). The translator is estimated to ship to backers later this year in July.