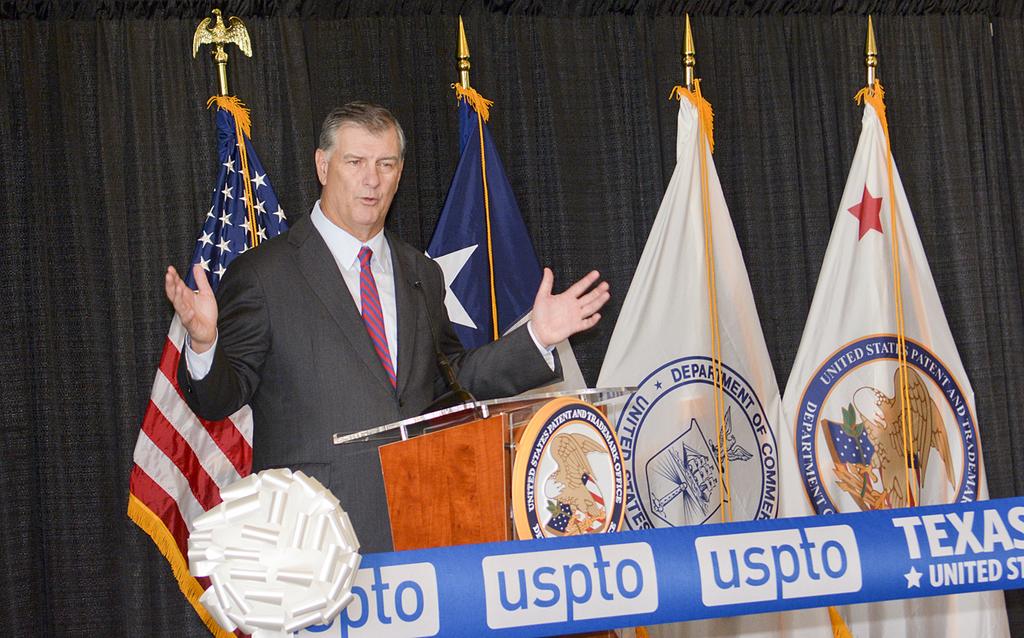 That big cheer you heard coming out of Texas on Monday, November 9, was from inventors expressing their happiness over the opening of a regional United States Patent and Trademark Office (USPTO) in Dallas, Texas.

Considering the number of patents coming out of the state, it makes sense to have an annex USPTO serving Texas and surrounding states. According to a US patent search, 60,000 patents were issued in the region in 2010.

Located in the Terminal Annex Federal Building at 207 S. Houston Street, the Texas Regional Office is across the street from the George L. Allen Courts Building and adjacent to Union Station along the southern edge of Dealey Plaza. The office will be staffed with a total of 100 patent examiners, 20 administrative patent judges, and support staff.

USPTO Director Michelle Lee, who cut the ribbon at the official opening ceremony, mentioned in her remarks that, “The opening of the Texas Regional Office will have far-reaching and long-lasting benefits for inventors and entrepreneurs throughout the central southern portion of the United States, and beyond. This regional office shows that we are committed to ensuring innovators and entrepreneurs have the resources and IP protections they need to compete and grow in today’s global economy.”

According to Lee, the location in the Dallas-Fort Worth region was selected because of the high number of patent applications from the region, the number of patent attorneys and engineers in the area, its central location, the vast technical resources at area universities, and the low cost of living.

Lee noted, “There’s a lot of incubator start-up activity in the Dallas, Fort Worth, Austin areas and we hope to service that.”

She encouraged entrepreneurs, start-ups, local companies, and the business community to provide feedback to the agency on what they need and what resources they would like to see from the regional office.

“This is their office to use and they should take advantage of it,” Lee said. “We can cater and shape some of the programming and other initiatives based on the need of the community.”

Among the outreach services offered by the North Texas office are:

Start-ups, small businesses, and big companies see the USPTO satellite office as an avenue of making the patent process easier, providing immediate access to resources, making communications and interaction with the USPTO easier, and eliminating the need to travel to meet with patent examiners at USPTO headquarters in Virginia.

The Texas Regional Office serves the entire Southwest, including all of Texas, as well as the states of Alabama, Arkansas, Louisiana, Mississippi, New Mexico, Oklahoma, and Tennessee.

Texas is the last satellite office to open, with others already operating in San Jose, California; Detroit, Michigan; and Denver, Colorado.