Wireless Charging is the iPhone’s Future

Wireless Charging is the iPhone’s Future 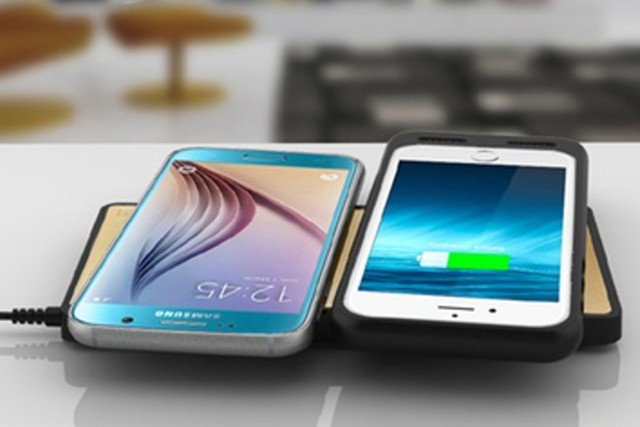 More evidence that Apple might be soon ready to debut wireless charging surfaced this past week with the discovery of new patent filing on technologies related to inductive charging. The filing — first discovered by Patently Apple — is primarily on brushing and polishing techniques for cylindrical and contoured metal surfaces, however in describing usage cases, Apple curiously brings up inductive charging.

Whether or not Apple is going wireless when it comes to charging has been a subject of debate for at least the past five years. Patently Apple first discovered patents for wireless charging back in 2012, but marketing chief Phil Schiller in September of that year downplayed any rumors telling AllThingsD that the company believes it isn’t clear how much convenience wireless charging adds.

Even with Schiller’s public comments, Apple watchers didn’t quite believe Apple was totally giving up on the idea, and since then additional patent applications have surfaced indicating the company is very much still working on some type of inductive charging system.

It appears that this new metal brushing/polishing technique is aimed at making the surface of the dock smooth enough to allow a good connection. In fact, a read of the patent itself (see claim #8) speaks specifically about tools to create a space for an inductive coil.

The illustrations in the patent suggest that what Apple’s proposing for a possible charging station isn’t exactly groundbreaking. You’d likely sit the device on top of the charging puck, and it could potentially be held there by some type of magnet to prevent it slipping off. The device itself would be connected to power via USB.

As for when (if ever) we’ll see the technology in a real iPhone or other iDevice, that’s not yet known. Some rumors of the iPhone 7 specs did suggest Apple was considering adding wireless charging, however no wireless charging was announced at launch. It is possible that Apple may be holding off on such a feature for the iPhone 8, which is largely expected to be a significant redesign, including an edge-to-edge OLED display and a glass body.
Also watch: Apple iPhone 6S Plus vs. Samsung Galaxy S6 Edge