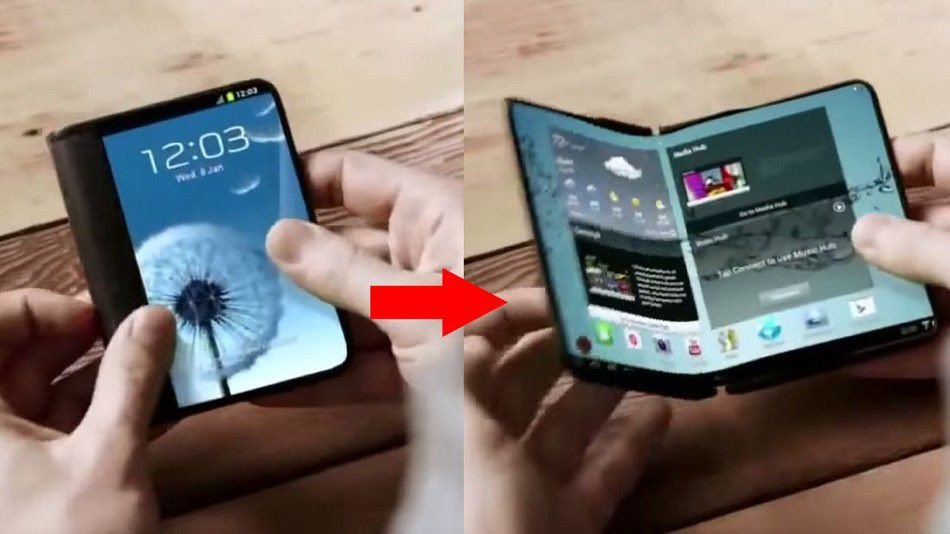 All eyes will be on Apple to really wow with the iPhone 8 later this year, but Samsung could be the one to unveil a new phone that knocks everyone’s socks off.

Samsung is reportedly — for real, this time — planning to unveil a smartphone with a flexible display that folds open into a 7-inch tablet, according to The Korea Herald.

The report claims Samsung might produce more than 100,000 of the “fold-out devices” in Q3 of this year.

Samsung is said to have rejected “fold-in” phone with screens that tuck in, citing their inconvenience.

Instead, the “fold-out” phone, which has been rumored many times to be codenamed “Galaxy X” will reportedly have a display that faces outward when folded.

It’s possible the phone could look like the above concept device Samsung showed off in 2014.

Foldable phones are closer to becoming real than most people think. Samsung’s been working on foldable displays for ages — as far back as 2008 when the company’s display division showed off this working foldable OLED prototype:

Though the Herald sounds confident Samsung will announce the foldable phone later this year, it says there’s still a possibility Samsung may delay it if the technology is not ready for a consumer release.